Cryptocurrencies are still a hot ticket. Though they've fallen a long way from December's peaks, bitcoin prices are still up 588% over the last year and Ethereum has gained 1,108% over the same period.

That high-adrenaline thrill ride appeals to some investors, while others see doom in unstable cryptocurrency prices and uncertainty about which coins to follow and which should be ignored. So we asked a few of your fellow investors here at The Motley Fool for some calmer investment ideas that still pack a tremendous growth punch.

Read on to see why you should forget about bitcoin and Ethereum in favor of Taiwan Semiconductor (NYSE:TSM), eBay (NASDAQ:EBAY), and Intuitive Surgical (NASDAQ:ISRG) -- at least when it comes to serious investments for the long term. 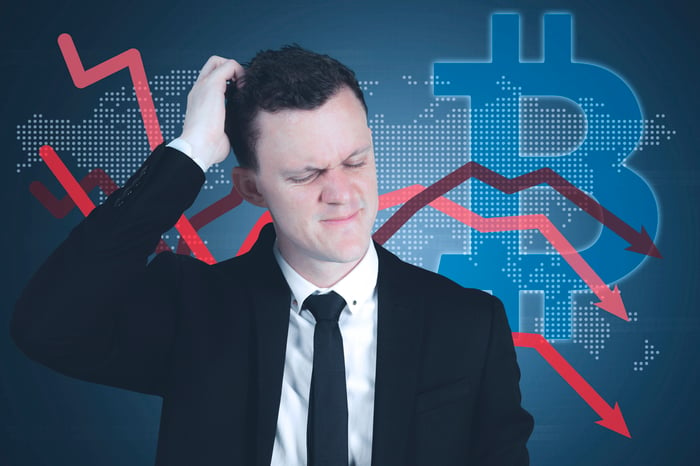 Easy is better than hard

Demitri Kalogeropoulos (eBay): A key strength of Warren Buffett is his ability to pair a clear idea of what he doesn't know with the discipline to stay far away from these investments. Most financial opportunities go into what he calls his "too hard" pile that's packed with businesses whose valuations he can't forecast into the distant future. If cryptocurrencies fall into that category for you, consider eBay, a much easier-to-understand business.

The e-commerce platform acts a middleman, taking a small percentage of the value of each sale that occurs on its marketplace. That operating model differs from that of integrated giants like Amazon (NASDAQ:AMZN) and Wal-Mart (NYSE:WMT), which own massive warehouses and shell out big money to build extensive fulfillment infrastructures.

Yes, the approach translates into slower growth, with sales up 7% over the holiday quarter compared to Amazon's 38% spike. Yet eBay can turn a far larger proportion of that sales base into profits. Its operating margin is over 20% compared to 4% for Wal-Mart and 2% for Amazon.

eBay is projecting a third-straight annual acceleration in the business this year as revenue reaches $11 billion. Numbers like these should deliver healthy investor returns over the next few years, and the metrics also are unlikely to swing nearly as much as cryptocurrency values have in recent months.

A side bet on the crypto market

Therefore, TSMC is considered a bellwether of the semiconductor market. As for cryptocurrencies, smaller miners use higher-end NVIDIA and AMD GPUs to do their mining, which boosts TSMC's revenues as it fills the chipmakers' orders. Larger miners use application-specific integrated circuit (ASIC)-powered mining machines. The largest ASIC mining-machine maker in the world, Bitmain, is also a major TSMC customer.

During TSMC's third-quarter conference call last October, co-CEO Mark Liu stated that the company generated "$350 million to $400 million" in revenue from crypto miners, which would be equivalent to 4%-5% of TSMC's sales. It's widely believed that most of those revenues came from Bitmain.

TSMC's long-term growth isn't dependent on the fate of the cryptocurrency market since it will keep manufacturing chips for top tech companies. But the crypto market could further boost its revenue and earnings, which are expected to rise 15% and 12%, respectively, this year. That's a decent growth rate for a stock that trades at 18 times forward earnings. TSMC also pays a forward dividend yield of 2.7%.

Anders Bylund (Intuitive Surgical): So you want market-crushing returns and groundbreaking innovation. Cryptocurrencies might fit that bill, but at the cost of enormous risk. As an alternative, I would suggest robotic-surgery specialist Intuitive Surgical -- lots of innovation, plenty of proven success, and much lower risk levels than your favorite crypto-coin.

The maker of da Vinci surgery systems has seen its share prices rising a market-beating 380% in the last 10 years, including a 72% surge over the last 52 weeks alone. Those gains have materialized in lockstep with similar improvements to the company's revenues and earnings, so the stock gains are based on rock-solid business results.

Intuitive Surgical currently is running over some speed bumps in its quest for international sales growth, but the all-important domestic market makes up for that issue with healthy growth and strong long-term prospects. The robotic-surgery field has seen an influx of new system builders in recent years, but even those erstwhile rivals often say that they just don't want to compete head-to-head with Intuitive Surgical.

The company grabbed a huge first-mover advantage many years ago, wrapped it in kevlar-class patent protection, and built up an installed user base that's nearly immune to usurpers for the foreseeable future. Hospitals are unlikely to kick out their multimillion-dollar da Vinci robots, even if a better solution suddenly appears.

With this stock, you're investing in the future of medical treatments while enjoying the benefits of an old-school monopoly situation. Sure, I'll dabble in crypto-coins on the side every now and then -- but these are the reasons why Intuitive Surgical is a much more important component of my investment portfolio.