Fourth-quarter earnings boasted soaring Switch sales and a booming digital business, which positions the company for strong growth in the years ahead.

Nintendo's (NTDOY -1.01%) fourth-quarter earnings report highlighted several positive trends that should leave shareholders feeling very optimistic about its future. Beyond the phenomenal success of Switch, Nintendo is quickly growing its digital business from its growing roster of mobile games, the Switch eShop, and digital sales of its classic games from its Virtual Console digital store.

Revenue and profits take off 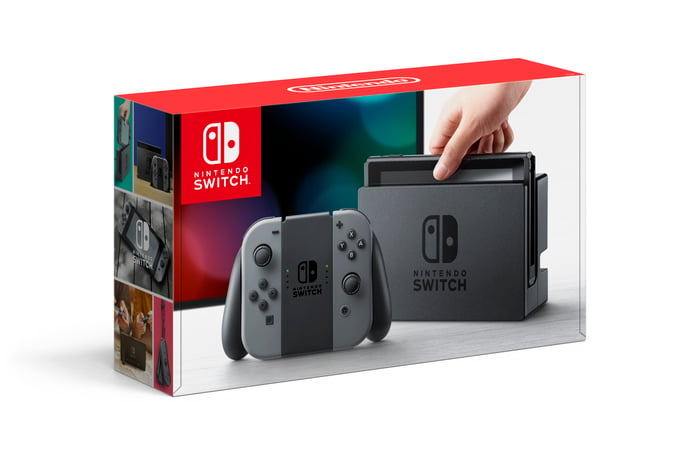 As impressive as those growth rates were, Nintendo has been posting strong year over year growth all year, so it was expected. Typically, investors are more interested in what management has to say about the future. And the news here looks just as good. Nintendo expects to sell 20 million Switch game systems through March 2019, which would put the total at nearly 40 million units by this time next year. Management's early guidance calls for revenue to grow 14% in fiscal 2019.

A growing installed base means more game sales, and that will have a big impact on Nintendo's earnings growth going forward, especially as more gamers purchase titles digitally. Management's early guidance for fiscal 2019 is calling for operating profit to grow 27%, which also reflects the company's growing digital business.

Nintendo's digital sales -- including sales of downloadable games directly over the Switch game system, in addition to add-on content -- increased 87% year over year to $548 million in the fourth quarter.

Video game companies like Electronic Arts and Activision Blizzard have been benefiting enormously from the shift to digital distribution of games and content. The Switch is the first console Nintendo has had that can tap into this lucrative digital distribution trend. This makes Nintendo's forecast to sell another 20 million Switch units look even appealing due to its ability to grow earnings as there will be at least twice as many Switch owners to buy games digitally from Nintendo's eShop.

Nintendo's mobile game revenue grew 62% to $354 million. Part of Nintendo's growth strategy is to launch two or three new mobile games per year based on the company's classic franchises. Nintendo started in 2016 with the release of Super Mario Run, which has been downloaded 200 million times. The latest releases are Animal Crossing: Pocket Crossing and Fire Emblem Heroes. Nintendo's mobile games business is in its infancy and represents a big growth opportunity. The next release, Mario Kart Tour, could be another hit based on the popularity of that franchise.

In fall 2016, Nintendo attempted to stir up buzz ahead of its Switch by releasing the NES Classic Edition -- a miniature version of the original Nintendo console which I recall growing up with in the 1980s. Nintendo fans bought every last one of the 1.5 million units the company produced, but it wasn't enough. Fans were deeply disappointed Nintendo didn't produce more.

Secondary prices of the NES Classic Edition soared online to well above the $60 retail price. Given the strong demand, Nintendo clearly left revenue (and profits) on the table.

But management came back last year with the Super Nintendo (SNES) Classic Edition -- the successor of the original Nintendo. Those have sold 5.28 million units through March 2018. The company is clearly making more to satisfy demand, but it's still not enough. These classic editions are still difficult to find in stock, which reflects how much Nintendo fans crave the company's legacy content.

Nintendo is also capitalizing on its deep library of classic games through its Virtual Console store where gamers can download digital versions of Nintendo's classic games from the NES era. Revenue from Virtual Console and other items not related to Nintendo 3DS or Nintendo Switch increased 83% to $658 million in fiscal 2018.

Through its popular Switch system, 3DS handhelds, mobile games, classic games, and upcoming movies, Nintendo has more ways of growing its top line than ever before, which bodes well for the long-term growth of the company.