Nintendo (OTC:NTDOY) recently announced a partnership with top animated filmmaker Illumination to create a movie based on Nintendo's best-selling Mario Bros. franchise. The film will be released by Universal Studios worldwide; the release date was not announced.

Illumination, whose movies have grossed more than $5.7 billion worldwide, is well known for its Despicable Me and Minions franchises, in which each new release has performed consistently well at the box office. While Mario's previous outing in the movies in 1993 was disappointing, Illumination has the track record in animation films to allow a Mario movie to find success. 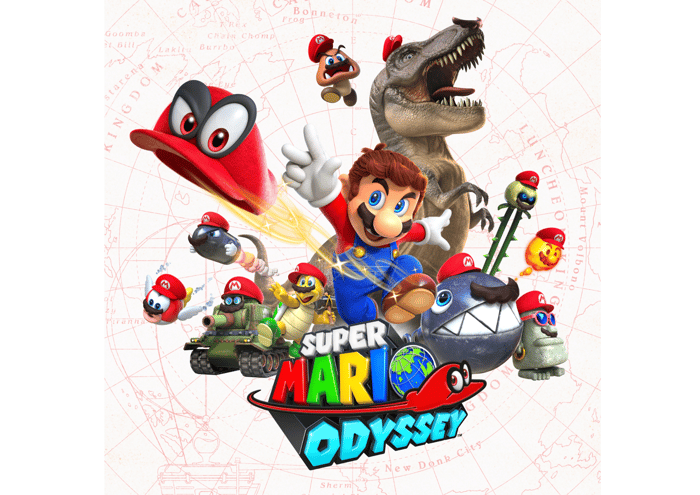 Mario can perform better than most game movies

Video game movies have also experienced plenty of failures, including the 1993 release of Super Mario Bros., which grossed only $20 million in box office receipts, well below the movie's $48 million budget, according to online database Box Office Mojo. But the 1993 movie was live action, whereas Illumination will be making an animated Mario movie, which should resonate with younger audiences and may fit the content better.

They don't necessarily have to be blockbusters to be considered successful, though, because part of the motivation for game companies to do movies is to stimulate sales of the original game franchise. For example, Ubisoft's 2016 release of Assassin's Creed generated $240 million in global box office receipts, but the movie also helped drive a 30% increase in game sales for the Assassin's Creed video game.

The disappointing performance of Super Mario Bros. is probably why Nintendo hasn't tried to license any more of its popular game content to filmmakers since then. There have been Pokemon movies -- a game published, but not developed, by Nintendo -- but no movie releases based on a major Nintendo franchise.

Nintendo's content has potential to join other game-to-movie successes, with its most popular characters like Zelda and Mario having adventures in fantasy worlds that can appeal to children in particular. If Rovio can find success with Angry Birds, and Ubisoft can do the same with its Assassin's Creed movie, there's clearly potential for a well-done Mario movie to be a hit.

Mario Bros. is a classic video game property, and many of today's adults grew up on the franchise in the 1980s. The latest Mario game -- Super Mario Odyssey -- was released in fall 2017 and is already the most-owned game for those who have the Switch console. Converting that success to the big screen will be another challenge, but one Nintendo is capable of pulling off with the right filmmaker.

The right pieces for a successful movie

Nintendo may have found the perfect filmmaker in Illumination, which has built a reputation for top quality animation work and for creating the kind of strange story worlds that fit well with Nintendo's Mario universe.

In the last 15 years, there has been a lot of interest from movie audiences for quirky, oddball characters in a strange story world. Nintendo's creation of two plumbers, Mario and Luigi -- who battle evil turtles while trying to help a princess in the Mushroom Kingdom -- could be very successful in Illumination's hands.

Another reason this movie could succeed is that Nintendo is co-financing the project, which gives it incentive to make sure this movie is done right. After Nintendo got burned in 1993, I don't think it would have pursued this project if management didn't think it had a good chance of success. Plus, Mario creator Shigeru Miyamoto will serve as co-producer. These factors should insure that Nintendo fans get what they expect: a quality movie with the magic and charm of the Mario Bros. universe.

This project is still in the early stages of planning, but the Mario film could be one of four previously unannounced titles scheduled for release between 2021 and 2023. Illumination is currently scheduled to release sequels for Minions, The Secret Life of Pets, and Sing in 2019 and 2020, with Dr. Seuss's The Grinch coming later in 2018.

Nintendo is riding high right now with robust sales growth of its new Switch game system. The game company is also pursuing growth in mobile games and is following the trend of other game companies to launch consumer products that broaden the appeal of its brand to non-gaming audiences. This announcement of a major movie based on Mario Bros. is the latest step in that process.