Nintendo (OTC:NTDOY) has had its share of successes with its consoles in the past, despite some disappointments, but one area where Nintendo has been completely absent is mobile devices. If Nintendo can build a mobile game business into a meaningful stream of income in the future, it could help smooth out the volatility that can sometimes come from making console hardware.

Fiscal 2017 marked the first year Nintendo got its mobile game business into full gear with the release of Super Mario Run and Fire Emblem Heroes. There was also Pokemon GO, but that title was actually developed and released by a company called Niantic, not Nintendo. With the Switch console performing well, Nintendo's brand appears strong, so the timing couldn't be better for Nintendo to strike while the iron is hot, and make a serious push into the lucrative mobile gaming market. 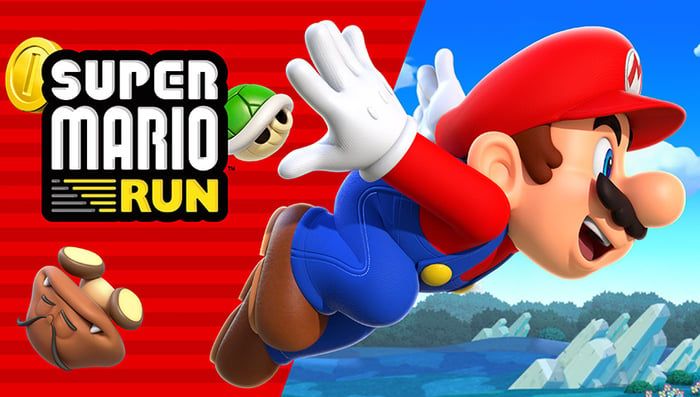 Mobile is the most attractive market in the industry

Mobile technology continues to advance by leaps and bounds, and there's evidence it's starting to attract hardcore console gamers. According to a survey by Nielsen, 84% of gamers 13 years and older play games on two or more devices, and 62% of console gamers of the same age also play games on a mobile device.

Mobile gaming has been carrying the video game industry on its shoulders in recent years. Mobile is the fastest-growing segment of the video game industry, with total mobile sales expected to reach $46 billion in 2017, representing growth of about 19% over 2016. In contrast, console and PC game sales have been growing by single digits at best.

The gaming industry is at the point where if you want to have a successful video game business, you really can't afford to neglect mobile platforms. Even top video game companies Activision Blizzard and Take-Two Interactive have been dropping serious coin in the last year to ramp up their mobile offerings.

It's a ripe market for Nintendo's family-friendly games and cartoonish characters, which are designed to appeal to a casual audience -- an audience that is more likely to be found on a smartphone than a console. Nintendo's strategy has always been to appeal to people of all ages. The problem for Nintendo is that it can be difficult to persuade people who would be casual gamers to drop $300 on a console.

Nintendo is laying the foundation for future mobile growth

Nintendo is solving this problem by using mobile games to spread its game brands to people who are difficult to reach with dedicated gaming systems like the Switch. It also serves as great marketing to attract some of these casual gamers to buy a new Switch or 3DS.

Thinking about Nintendo's early mobile game efforts as a marketing strategy is really the only way to look at it right now, considering the results from last year. In fiscal 2017, Nintendo's mobile game sales were less than 20 billion yen ($178 million in current U.S. dollars). This is peanuts compared to the company's 489 billion yen in total sales generated for the same period, but it's a start.

This is very much an experimental phase for the company. Nonetheless, Nintendo is off to a promising start, especially considering management will learn and adjust as it goes.

For a company with no previous experience as a genuine mobile game developer, early results look just fine. At the end of the fiscal first quarter in March, Super Mario Run was nearing 150 million downloads. It received mostly good reviews from people who downloaded the game on the App Store, which awarded Super Mario Run an Editor's Choice award.

Nintendo released the game throughout 165 countries and regions, which allowed the company to reach new consumers that it had not previously been able to access.

Nintendo followed up December's Super Mario Run with Fire Emblem Heroes in February 2017. Overall, management was satisfied with the results of both games through the quarter ending in March. Management previously stated the company would release two or three mobile games per year going forward. Right now, it's working on the third, Animal Crossing, which Nintendo should release sometime this year. The real blockbuster mobile title analysts and Nintendo fans are waiting for is Zelda, one of its most popular franchises, but Nintendo hasn't revealed any plans yet.

Along with Zelda, Nintendo has many other popular franchises (including Metroid and Donkey Kong) to bring to a hungry mobile audience in the future. Nintendo might be earning peanuts from mobile gaming now, but Nintendo's vast library of content could lead to much bigger mobile profits down the road.