Please ensure Javascript is enabled for purposes of website accessibility
Log In Help Join The Motley Fool
Free Article Join Over 1 Million Premium Members And Get More In-Depth Stock Guidance and Research
By John Ballard - May 8, 2017 at 1:12PM

Nintendo's (NTDOY -0.52%) new Switch console is the hit the Japanese company desperately needed. The company shipped 2.74 million units of Switch within the first month of launch, and all 2.74 million were sold, proven by how difficult it is to find one of these for sale now.

Strong sales for Switch are impressive given that March is a seasonally slow year for the video-game industry and the one good title available at launch was The Legend of Zelda: Breath of the Wild. Zelda is one of Nintendo's more popular franchise game brands, and the new one may be one of the best games ever made. According to Nintendo, nearly every customer who bought a Switch bought the new Zelda game, which is an unusually high attach rate for a non-bundled console title.

Mario Kart 8 Deluxe was released toward the end of April, which also received high praise from critics. The company is planning to steadily release new games throughout the year to build maximum awareness for the holiday shopping season in December. 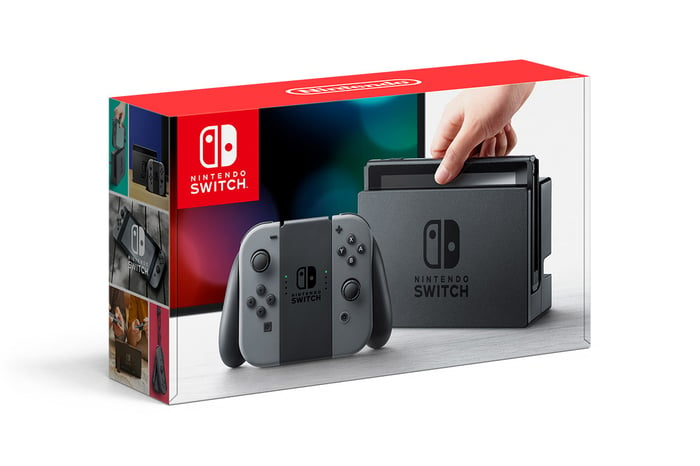 A key selling point for Switch is the ability to play it on the TV or as a handheld game device. IMAGE SOURCE: NINTENDO INC.

It's clear Nintendo is on its way to a comeback, and management feels it. For fiscal 2018 ending in March, management expects to sell 10 million Switch units, with operating profit doubling to about $600 million over fiscal 2017's $258 million. Sales have declined every year following its $18.7 billion peak in fiscal 2009 at the height of the Wii boom, so if the company meets its fiscal 2018 forecast of $7.1 billion, it would mark the first time net sales have grown in 10 years.

Is management being conservative?

There was a recent report in The Wall Street Journal that Nintendo plans to manufacture 16 million units in fiscal 2018. There's a difference between manufactured units and sold units, so the WSJ report could still be valid in light of Nintendo's forecast for Switch sales. DFC Intelligence and one analyst with J.P. Morgan Chase & Co expect Nintendo to sell at least 40 million units through 2020.

Also, GameStop -- one of the largest retailers of video games -- expects to have a difficult time keeping Switch in stock throughout the year. So, if Nintendo plans to sell 10 million, and GameStop anticipates selling through every unit it receives, it makes me believe the WSJ report was accurate, and Nintendo will sell as many as it can manufacture, which could be more than 10 million. Plus, Nintendo has yet to even begin a strong marketing campaign for Switch.

Adding all of this up, I think Nintendo's forecast of 10 million sold units is on the conservative side.

Nintendo is clearly headed in a very positive direction. If Nintendo sells 10 million, consistent with management's forecast, Switch would be on pace to sell better than Microsoft's Xbox One, which sold less than 30 million units after more than three years since its November 2013. It may be difficult to catch the Sony PS4's more than 50 million units sold in the first three years after launch, but Switch doesn't need to win the console war for Nintendo to be successful.