Please ensure Javascript is enabled for purposes of website accessibility
Log In Help Join The Motley Fool
Free Article Join Over 1 Million Premium Members And Get More In-Depth Stock Guidance and Research
By Rich Smith – May 1, 2018 at 1:30PM

Your guess is probably better than mine.

Shares of laser maker II-VI Inc. (IIVI -1.75%) popped 10.8% in early Tuesday trading before retreating to a still respectable 5.5% gain as of 12:50 p.m. EDT. This being earnings season, you're probably guessing that earnings had something to do with this -- and you may be right.

II-VI released its fiscal third-quarter 2018 earnings this morning, reporting profits of $0.45 per share, in line with analyst estimates. What's more, sales for the quarter reached $294.7 million, ahead of Wall Street's prediction of $276.4 million. 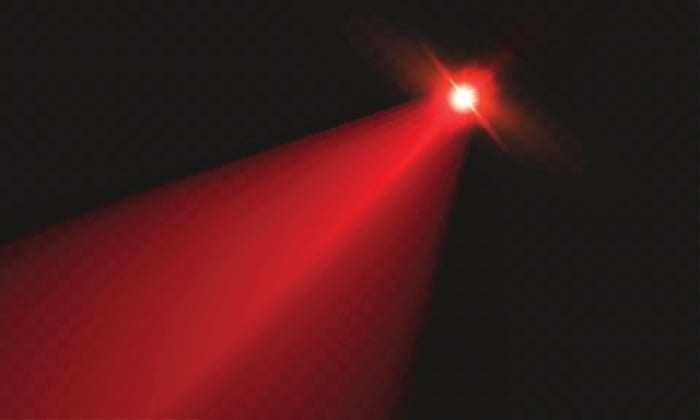 II-VI's guidance today seemed to flash a red light, but investors are taking it for green. Image source: Getty Images.

Relative to where II-VI was at this time last year, the company's sales surged 20% year over year to a new "record" level. Management said that bookings and backlog -- both indicative of where future sales are heading -- were also at "record" levels.

Perhaps best of all, "year to date cash flow from operations increased 45% from the same period last year," said II-VI CFO Mary Jane Raymond; the new figure is $113.9 million. Capital spending was only up 17.5%; however, at $116.5 million, it was high enough to keep II-VI stuck in negative free cash flow territory through the year's third quarter.

That lack of free cash flow might have been expected to dampen investor enthusiasm -- but it didn't. Also curious is that investors seem to be satisfied with management's guidance for between $295 million and $305 million in sales in the year's final quarter, and for earnings between $0.37 and $0.43 per diluted share.

At the midpoint, that's barely equal to what Wall Street had already estimated for the company's current-quarter sales. Earnings guidance, meanwhile, appears to fall far short of the Street's predicted $0.52 per share in fourth-quarter profits.

Long story short: Unless it's Q3's strong sales results, I honestly don't see what investors are so excited about.