It's never good news when a credit rating agency downgrades debt ratings for a company, so investors in General Electric Company (NYSE:GE) didn't appear to have welcomed Fitch's recent lowering of its rating on GE's debt to A from A+ the day it was announced. That said, does it really matter in the grand scheme of things? Let's take a look at the rationale for the ratings cut and whether it should concern for GE investors or not.

Companies rely on debt in order to function (even if it's short-term financing for working capital needs), and a high rating tends to mean they pay less interest on that debt. So when a company's debt rating is cut by a credit rating agency, it implies bond investors will require higher rates in order to compensate them for the extra risk. Therefore, in the purest sense, Fitch's downgrade is a negative. 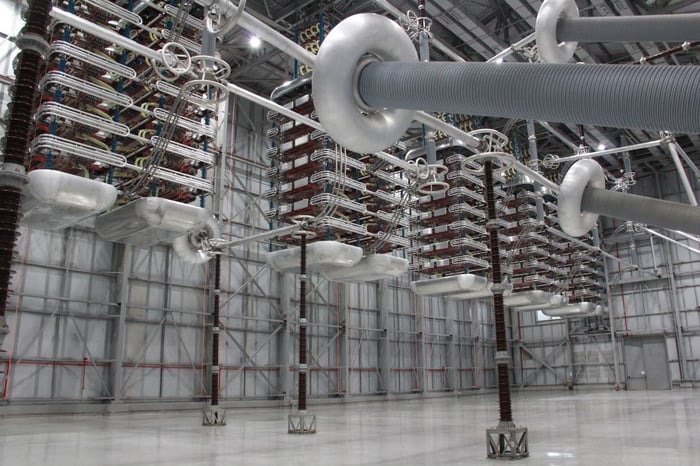 Moreover, the reasons behind the downgrade are obviously a concern. In a nutshell, Fitch's major worry is what it called "constrained" earnings and cash flow while GE deals with a number of issues due to a combination of factors:

Don't we already know this?

Of course, these factors are already well known to the market. The problems at GE capital are known, as is the pension deficit and the restructuring plans. Moreover, the deterioration in the power segment outlook was also recently flagged by Flannery.

In case you are wondering why the power segment always attracts attention, it's because the aviation and healthcare segments are performing well, so the deciding factor in GE's earnings and cash flow performance (Fitch's major concern) will come from its power segment.

Of course, GE recently announced plans to separate the healthcare business. While this is good news from a liquidity perspective -- it will bring in cash as GE plans to monetize 20% of the healthcare business and distribute the remaining 80% to GE shareholders -- exiting Healthcare will also reduce ongoing free cash flow generation and earnings. In addition, it means the power segment is even more important to GE's long-term prospects.

Going back to the end of May at the Electrical Products Group (EPG) conference, Flannery dialed back investors' expectations for the troubled power segment by claiming there would be "no quick fix" and that the end market for gas turbines (GE power's core product) would remain weak until at least 2020.

In addition, at EPG Flannery said he aimed to get power segment margin back to above 10% (power margin was 5.6% in 2017) although he didn't give a specific time frame. This figure has now become one to watch for investors, as Fitch cited a failure to improve "segment margins in the Power business to around 10% by 2020" as a development that could lead to a negative rerating.

All told, Fitch's downgrade is pretty much a reaction to what GE has already told investors, and the credit rating agency's rationale for the rating cut shouldn't concern shareholders per se.

But the outlook should worry investors

On the other hand, it should be noted that Fitch's updated rating assumptions assume GE's free cash flow (FCF) after dividends will be around $2 billion in 2018 and will be "steady to slightly higher through the next one to two years with expectations for further improvement." Failure to reach the 2018 FCF target could lead to Fitch cutting its rating.

Unfortunately, there are reasons to believe GE will struggle to hit Fitch's 2018 target. To put this into perspective, GE will likely pay out around $4.2 billion in dividends, so Fitch's assumption for GE's FCF is around $6.2 billion in 2018. That seems OK, after all Flannery reiterated GE's standing forecast for $6 billion to $7 billion in FCF in 2018.

But here's the thing -- or rather, the three things:

In other words, GE may well struggle to meet 2018 FCF assumptions (both its own and those of Fitch), and this could cause for another credit rating cut.

Fitch's actions reflect the deterioration in the outlook at GE through 2018, and even though most of this is already known to the market, the credit agency's negative perspective still highlights the risk in the stock. There will surely be a time to buy GE shares at some point, but it's probably a good idea to wait until the power segment stabilizes, because only then can investors have full confidence in the company's earnings and cash flow outlook.