Some small-cap tickers pack a big punch. But it's not always easy to separate the winners from the wannabes in this tricky segment of the stock market. So we asked some Motley Fool contributors to share their favorite small-cap investment ideas for September. 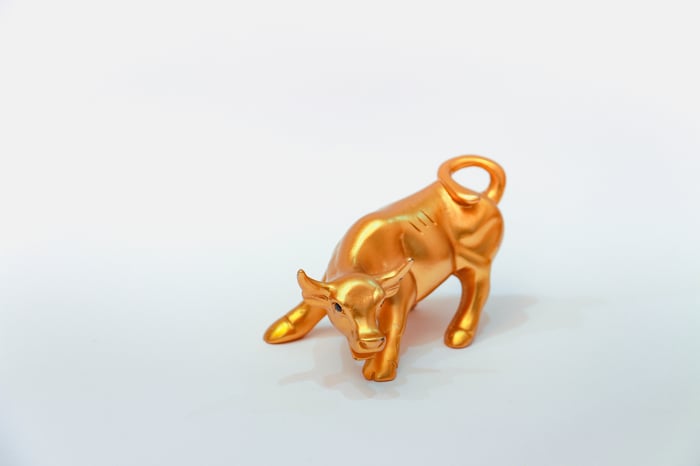 Lock in this discount before the recovery starts

Much of the recent weakness in this stock rests on the brewing trade war between China and the U.S., since Applied Optoelectronics does a lot of its business in the Asian country. And while it is true that the company can shift its manufacturing volume out of China and into neighboring Taiwan, with which America has no tariff dispute at the moment, wages and other operating costs are higher there -- which could balance out the tariff savings of making that move.

All that being said, Applied Optoelectronics remains a leader in its industry. The entire optical networking industry is stuck in a holding pattern at the moment, awaiting a global wave of network infrastructure upgrades as the 5G wireless standards start to replace the aging 4G generation. Those meaty wireless networks will require equally muscular back-end connections to the internet at large, which is where fiber optics come into play. At the same time, Applied and its peers are knee-deep in a generational shift of their own, as a faster series of transceivers are poised to make the previous series nearly obsolete to data center operators and their equipment builders.

These are temporary issues, but you can make the generous discounts on this stock permanent by taking action right now.

Brian Feroldi (Q2 Holdings): Technological advances have impacted nearly every industry, including banking. Modern consumers now expect that their banks will seamlessly meet all of their financial needs online.

Given that reality, how can small regional and community banks afford to offer their customers these services? One answer is to partner with Q2 Holdings. Q2 is a software-as-a-service business that enables banks will small budgets to offer their customers services such as mobile deposit, peer-to-peer payments, online bill-pay, and more. Using the company's platform enables small banks to effectively compete against industry giants that can afford to invest hundreds of millions into their own tech platforms.

Q2's value proposition is compelling for small banks, so the company has been signing up new customers for years. As of the most recent quarter, more than 11 million banking customers were using Q2's platform.

For investors, the economics of Q2's business are compelling. Q2 makes money from both subscription fees and usage fees, so the company's revenue grows as its banking partners succeed. Q2 has also grown to be large enough to churn out non-GAAP (generally accepted accounting principles) profits.

The banking industry is enormous, and Q2 looks poised to remain the partner of choice for smaller banks that want to stay competitive. The opportunity should continue to translate into double-digit gains on the top and bottom lines for years to come, which makes this a great stock for buy-and-hold investors to get to know.

A focus on value

Tim Green (Oaktree Capital): The stock market is near an all-time high. A full-scale trade war with China looms. Corporate debt sits at record levels. Risk is everywhere. While the raging bull market has made it difficult to find bargains anywhere over the past few years, Oaktree thinks major opportunities could be right around the corner.

Oaktree is an alternative asset manager. It manages around $100 billion for its clients, specializing in distressed and corporate debt. The company's mantra is "Move forward, but with caution," which captures its focus on controlling risks, even if it means accepting subpar returns when asset prices are elevated.

Oaktree estimates that the massive amount of outstanding low-quality debt will lead to as much as $1 trillion worth of fallen angels -- bonds that were once investment-grade but were later reduced to junk-grade -- in the next cycle. That surpasses both the amount of private capital available to take advantage of the opportunity, and the size of the opportunity in 2007, the last time the cycle turned. Oaktree has nearly $20 billion of "dry powder" available to hurl into opportunities as they arise.

Shares of Oaktree have slumped over the past few years. The company's strategy, like value investing in general, simply doesn't work well in frothy markets, when distressed opportunities are few and far between. The situation will change sooner or later, as it always does. Oaktree will be in prime position to take advantage when that happens.