Oil prices have been on a seemingly unending run since bottoming out nearly three years ago. Overall, the U.S. oil benchmark, West Texas Intermediate (WTI), has rocketed almost 160% off the bottom. However, the average oil stock as measured by the iShares U.S. Oil & Gas Exploration & Production ETF has only risen about 82% over that time frame. Because of that, oil stocks are very cheap these days.

That's why several oil companies have authorized share buyback programs to take advantage of the disconnect. Three of the latest entrants are Marathon Oil (NYSE:MRO), Occidental Petroleum (NYSE:OXY), and Royal Dutch Shell (NYSE:RDS.A)(NYSE:RDS.B). Here's why they think their stocks are great buys. 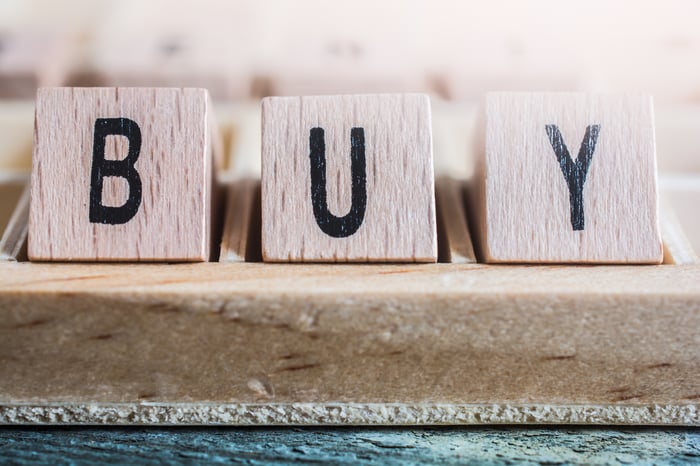 Marathon Oil has had a $1.5 billion share repurchase authorization in place for quite some time. However, the company didn't start using it until this quarter, when it bought back $250 million in stock.

On the one hand, that seems like poor timing since Marathon's shares have surged 75% over the past year. However, when the company looks at its value proposition, it believes its shares are still cheap. That's because the company is generating a gusher of cash at current crude prices.

Marathon noted earlier in the year that at $60 oil, it could produce enough money to fund its $2.3 billion capital program and its $170 million dividend with about $500 million left over. That number has grown now that oil is in the $70s. Given that Marathon Oil only has a $23 billion enterprise value, its stock is cheap when factoring in the amount of cash it's capable of producing, which is why it makes sense to start using some of that money to buy back shares.

Hitting the accelerator and buying back stock

Occidental Petroleum recently completed the targets of its oil price break-even plan. As a result, the company can generate enough cash at $50 oil to fund its high-yielding dividend and the capital needed to grow its production 5% to 8% per year. Meanwhile, with oil prices well above that plan level, Occidental is on pace to generate $2.5 billion in excess cash this year. On top of that, the company recently cashed in on its Permian Basin infrastructure assets, bringing in another $2.6 billion in cash.

Occidental Petroleum is allocating a portion of its oil-fueled windfall to accelerate its growth rate. It has also authorized a $2 billion share repurchase program that it hopes to complete in the next 12 to 18 months, which is enough money to retire 3% of its outstanding shares at the current price. With its stock woefully underperforming the price of oil and most of its peers since crude bottomed out -- rising just 35% over that time frame -- this buyback appears to be a great use of that money. 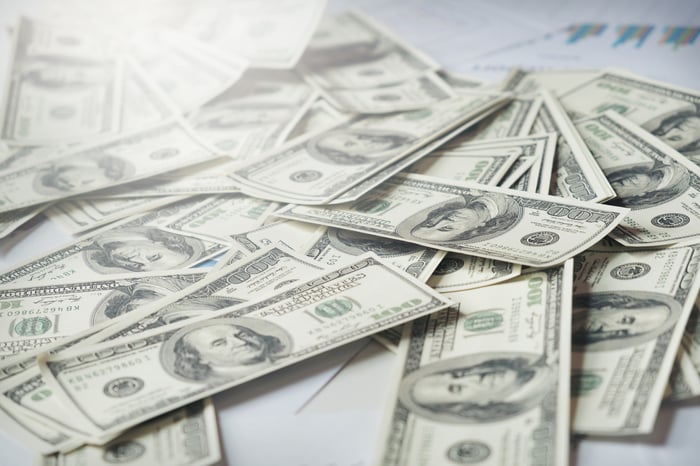 Making a big bet on itself

Royal Dutch Shell has spent the past few years selling assets so that it could reduce its debt after buying BG Group. The company recently hit its $30 billion asset sale target, putting it in the position to start returning more money to shareholders above its dividend, which is one of the highest-yielding payouts in the oil patch at 5.4%.

It's doing so in a big way by launching a monster $25 billion share repurchase plan that it hopes to complete by the end of 2020. That's enough cash to retire roughly 9% of the company's outstanding stock at the current price. The buyback will help it offset a portion of the more-than-30% increase in its outstanding shares over the past few years. Most of that dilution came as a result of the BG Group deal and has acted as a drag on the stock, which has only rebounded half as much as the price of crude since it closed that deal. However, with oil prices on the upswing, the company is generating a boatload of cash, which it can now use to retire a needle-moving amount of its cheap stock.

Oil companies think their stocks are great buys right now because the market isn't fully valuing their ability to produce a gusher of cash flow at current oil prices. That's why a growing number of them are authorizing needle-moving share buybacks to take advantage of the current disconnect. Those buybacks could be the accelerant needed to fuel big-time gains for their investors in the coming years.