Please ensure Javascript is enabled for purposes of website accessibility
Log In Help Join The Motley Fool
Free Article Join Over 1 Million Premium Members And Get More In-Depth Stock Guidance and Research
By Eric Volkman - Updated Feb 5, 2021 at 9:31AM

The company signals confidence in its cash flow with the payout hike.

2020 was an awful year for most of us. It was even more awful for giant global energy companies. The latest proof came on Thursday, with the release of Royal Dutch Shell's (RDS.A) (RDS.B) fourth-quarter results. 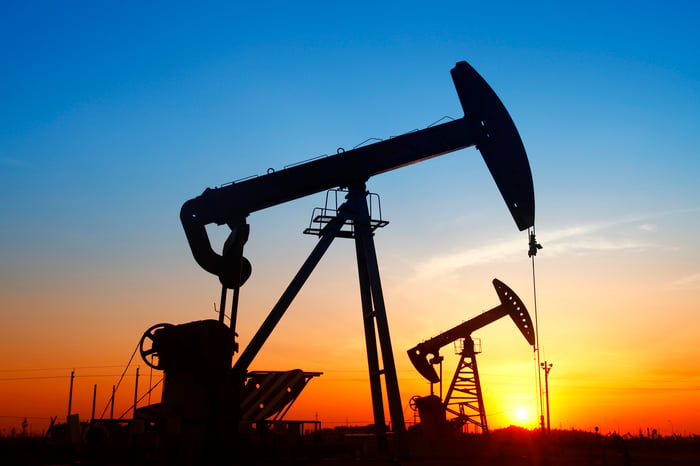 Neither figure met analyst expectations. Prognosticators following the stock were, on average, anticipating $53 billion on the top line, with an adjusted net profit of just under $0.15.

The global energy industry was hit hard last year by the coronavirus pandemic, which weakened demand for oil. While top companies in the sector tried pushing the brakes hard on spending, this usually was not sufficient to halt notable declines in sales and profitability. Across 2020, Shell cut its capital expenditures to around $18 billion, well down from 2019's $24 billion.

Those weren't the only recent reductions the company made. Somewhat admirably, given the tough environment, Shell managed to reduce its debt. At the end of the fourth quarter, its net debt stood at around $75 billion; one year prior to that, it was roughly $79 billion.

The company is confident enough in its current financial position to increase its quarterly dividend. It announced that it expects to do so by 4% this quarter (to just over $0.17) for both classes of its shares, although a formal declaration has not yet been made. That announcement is scheduled for April 29, along with first-quarter results.