The top oil company's plans are contrary to its peers'.

According to leaked documents first reported on by Bloomberg, oil giant ExxonMobil (XOM -0.27%) plans to increase carbon dioxide emissions over the next five years by 17%, more than the current emissions of the entire country of Greece. 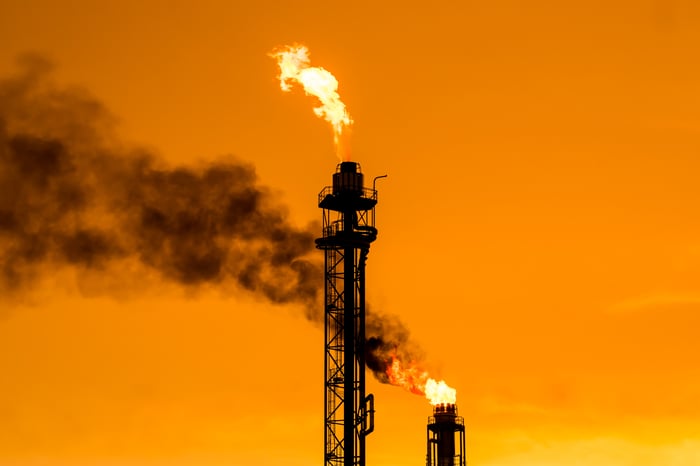 The oil and gas industry as a whole -- including fuel emissions from oil- and natural-gas based fuels -- is the world's biggest emitter of greenhouse gases, including carbon dioxide. Shell and BP have been responsive to shareholders' demands to implement climate-friendly policies and plans.

ExxonMobil, on the other hand, hasn't committed to a "net zero" date. In March, Exxon CEO Darren Woods described oil companies' carbon targets as "a beauty competition," explaining that if an individual company lowers its emissions by selling its highest-emitting assets to another company, the overall amount of global emissions doesn't change.

ExxonMobil's leaked plan involves ramping up oil production, which will add about 21 million metric tons of carbon dioxide per year through 2025. Such an increase would more than offset the company's proposed efforts to reduce emissions, which include some investments in renewable energy and trapping some carbon dioxide underground.