The video game publisher's stock sold off after fans roundly rejected its latest game. Should investors buy or beware?

New video game reveals generate lots of fanfare these days, and it's not unusual for hardcore gamers to make cross-country pilgrimages to big conferences and special events in hopes of being present for the debut of interactive entertainment's next big thing. But what happens when a game's unveiling goes wrong? What happens when dedicated fans of a franchise or developer almost unanimously reject what's on display?

There aren't universal answers to those questions, but the reaction to Activision Blizzard's (ATVI 0.09%) latest game is a case study in how this scenario can play out and has to be one of the most negative reactions to a game in recent memory. The company revealed Diablo Immortal, a mobile installment in a famously PC-centric series, at its recent BlizzCon conference -- and intense fan reaction helped send the company's share price 7% lower in the day of trading that followed. Should shareholders be concerned that the company is losing touch with its audience? 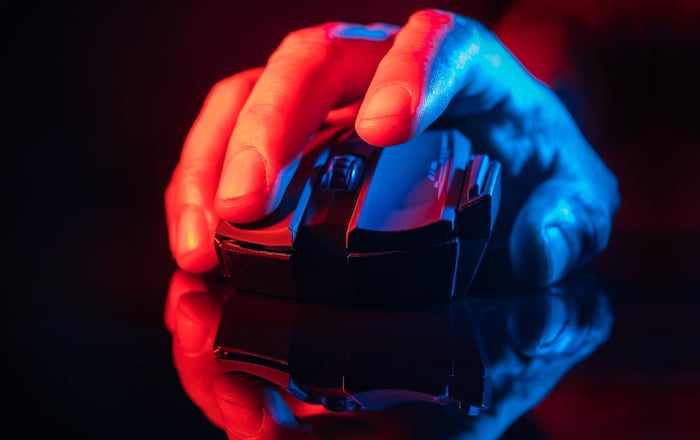 There's no sugarcoating the Diablo fan base's outright rejection of Diablo Immortal. As of this writing, the game's cinematic reveal trailer has over 570,000 downvotes compared to just over 21,000 upvotes on YouTube. The title's first gameplay trailer hasn't fared much better on the platform, showing just 15,000 upvotes compared to 223,000 downvotes.

With that kind of reaction from fans, it's safe to say that Immortal had the worst-received reveal of a Blizzard game ever -- and the company's subsequent stock performance shows that shareholders are worried about how the game has been received. Diablo has always been a PC-focused franchise and the Blizzard division a PC-focused developer -- and franchise enthusiasts were expecting the series' next big evolution to come to their preferred platform. Rubbing salt in the wound, the game isn't being created solely by Blizzard -- Chinese company NetEase (NTES 2.44%) actually handled most of the game's development.

Blizzard had been dropping hints for months that the Diablo franchise would be heavily featured at this year's BlizzCon. Fans naturally assumed that this meant that a sequel to Diablo III was soon to be revealed, and excitement started building in enthusiast communities to the extent that the company actually felt compelled to come out and say that a new, mainline series installation would not be revealed at the event. Of course, such denials are par for the course even when a big reveal is on the way, and this did little to reduce expectations.

Fans are also upset that the game appears to use resources from another NetEase game. Diablo Immortal is built on the same engine as the Chinese company's game Endless of God, and while the two titles feature different art styles and content, comparing them reveals game design and visual similarities. Some of that is down to NetEase's game being heavily inspired by Diablo, but critics aren't necessarily wrong in suggesting that corners were cut in bringing the franchise to mobile. The partnership with NetEase also makes it clear that the game is being built with the Chinese market in mind and has some fans concerned that Immortal won't stay true to the franchise's roots or quality standards.

Blizzard has a reputation for being one of the best production houses in the gaming industry, while NetEase has recently come to be known for making passable but often unremarkable variations on other companies' games in order to capitalize on popular trends. Many PC gamers already look down on the types of simplified gameplay experiences common on mobile, and it's not surprising that farming much of Diablo Immortal's development out to an unpopular company has not inspired confidence. 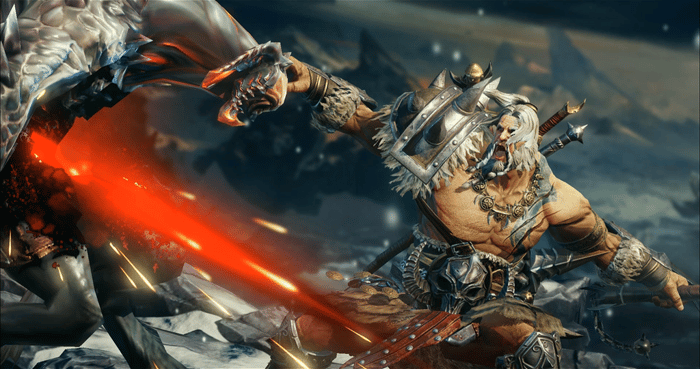 Die-hards are disappointed; shareholders shouldn't be

Immortal represents a step in the right direction when it comes to getting some of the company's big franchises represented on mobile, even if it winds up not providing the perfect blueprint for that push. The people most informed about Diablo Immortal seem broadly negative on the title, but there are plenty of people who don't know about the game or who are less sensitive to the ways it will diverge from the core franchise and who might love it upon release.

If Diablo Immortal delivers a solid experience, it should be able to win over some of its current critics. More importantly for shareholders, it should have a strong shot at pleasing an even wider audience. The partnership with NetEase should have the effect of making the game easy to release in China, the world's biggest mobile market, and there's significant promise in the idea of a more casual-friendly take on the franchise formula. The game won't have the depth that Diablo enthusiasts have come expect, and it's not going to live up to the standard set by the mainline series. However, Immortal still has a better than 50-50 shot of being a success in the mold of other hit mobile games.

If Immortal provides a fun multiplayer experience that's easy to pick up and play and has enough substance to keep users coming back, the initial reaction to the title won't stop it from being a hit. Regardless of its having been built on NetEase's existing engine, it's graphically impressive for a mobile game, and it's got the Diablo franchise's interesting aesthetic and setting to work with. Given that much of the development is being handled by NetEase and that the game is being built on some preexisting resources, it's also likely the game will be solidly profitable even if it doesn't go on to be a huge hit.

In addition to the possibility that an individual release will underperform, one of the big risks with any franchise installment is that it will damage the broader property. Even an entertainment release that's commercially successful in its own right can wind up being a setback if it causes audiences to sour on future releases. Thankfully, there's not a big risk that Diablo Immortal will cause fans of the mainline series to abandon the broader property. A sequel to Diablo III is almost certainly in development -- and some sources even suggest that an announcement for a new mainline installment was pulled from this year's BlizzCon late in the conference's planning stages.

The more concerning possibility is that Diablo Immortal isn't the optimal vehicle to bring the franchise to mobile, which could have a negative impact on interest in future installments for the platform. However, even if Immortal doesn't win over gamers, Blizzard could probably rectify potential shortcomings by delivering a high-quality follow-up.

The reaction to Activision Blizzard's new game has been undeniably negative, but the subsequent sell-offs appear to be misguided. Long-term investors willing to embrace some near-term volatility have an opportunity to buy the stock at an unwarranted discount.