Please ensure Javascript is enabled for purposes of website accessibility
Log In Help Join The Motley Fool
Free Article Join Over 1 Million Premium Members And Get More In-Depth Stock Guidance and Research
By Keith Noonan - Jul 1, 2018 at 11:50AM

Disney's "Star Wars" franchise seems to be losing steam, and it could be in danger of getting lost in space.

Walt Disney's (DIS -1.20%) Solo: A Star Wars Story is now destined to go down as a flop and the first Star Wars film to lose money at the box office. Following the picture's disappointing performance, reports emerged that Disney had put the development of all Star Wars spin-off films temporarily on hold.

Subsequent reports suggest that a complete halt for all of the franchise's side stories isn't in the cards, but it seems likely that the company is reconsidering the franchise trajectory following the recent bouts of negative feedback. Star Wars no longer looks like the unstoppable media property it appeared to be less than a year ago, and a change of course is needed.

A disturbance in The Force

More than a month after the film's release, Solo's box office sits at roughly $350 million worldwide. That might not sound too bad, but with an estimated $250 million production budget and a big advertising push, the picture is now expected to lose somewhere in the neighborhood of $50 million. Much of that could be recouped through home-release distribution and merchandise, and it's even possible that these factors will put the picture in the black over the long term.

However, it now seems clear that things are not right in the galaxy far, far away -- and that development is close to home for Disney shareholders. Much of the blame is rightly being put on Solo's weak ticket sales, but it looks like The Last Jedi was where things started to come off the rails.

Disney acquired LucasFilm and the Star Wars franchise in 2012 for roughly $4 billion. That move was quickly cast as brilliant, thanks to the $2 billion in ticket sales scored by franchise-revival The Force Awakens in 2015 and the $1 billion in ticket sales for 2016 release Rogue One. Mainline-series-sequel The Last Jedi hit theaters at the end of last year, and despite grossing $1.3 billion at the box office, it now appears that the picture has damaged the Star Wars brand.

If it ain't broke, don't subvert it

In the lead-up to the reintroduction of the Star Wars series, Force Awakens director J.J. Abrams had the goal of reintroducing mystery to the series. In typical Abrams fashion, Episode VII introduced enigmatic plot threads and cliffhangers that left series fans speculating. However, director Rian Johnson's The Last Jedi seemingly cast much of that aside -- dispensing with major villains, questions of family lineage, and some of the series' biggest themes in wanton fashion.

Major media coverage generally lavished the film with praise, and many complimented the film for its subversive qualities. A case for defying expectations can certainly be made, but it's probably fair to say that many Disney shareholders aren't wild about the idea of "subversive" Star Wars movies. It's clear that many fans aren't.

While The Last Jedi earned the approval of 91% of professional critics on Rotten Tomatoes, just 46% of fans on the website gave the picture a positive score. That level of audience dissatisfaction likely played a big part in Solo's shockingly low box office take, and it underscores the dilemmas facing the franchise going forward. 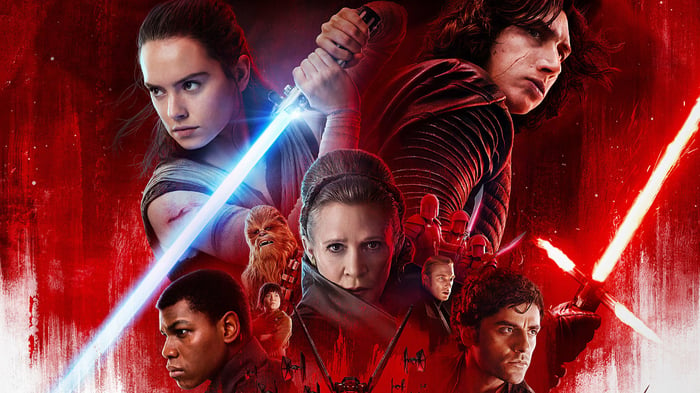 The Last Jedi's treatment of the Star Wars franchise and its classic characters confounded and alienated a significant portion of series' fans. Making matters worse, Disney employees and media outlets have at times seemed eager to attribute dissatisfaction with recent entries in the Star Wars franchise to personal shortcomings among the fan base -- a tactic that all but guarantees continued controversy.

The old adage that "the customer is always right" is a simplification, but at the very least, it's probably not a good idea to take a hostile stance towards some of your franchise's biggest fans. That's especially true when series enthusiasts have played such a big role in sustaining the property's cultural cachet over the last 40 years.

Even Mark Hamill, the actor who portrays Luke Skywalker, voiced dissatisfaction with his character's progression in The Force Awakens and The Last Jedi. Shockingly, the actor did so during numerous press appearances promoting the films -- behavior that's pretty much unheard of, because media events are meant to present projects in the best possible light.

It seems like Disney proceeded with the expectation that the core Star Wars audience would show up for its new movies no matter what, and that it could instead focus on broadening the appeal of the franchise. On the other hand, an entry like The Last Jedi seemed to take a more overt political position at a time when polarization is running high, and that issue appears to have been exacerbated by interactions between people involved with the franchise and social-media users.

In response to some of the controversy surrounding The Last Jedi, Abrams said, "If you are someone who feels threatened by women and needs to lash out against them, you can probably find an enemy in Star Wars." There are surely fans upset about the franchise's new focus on bringing in more female viewers, but there's probably a larger subset of the dissatisfied enthusiasts who simply don't think the new movies are very good.

The new Star Wars universe also seems to have been negatively impacted by a series of personnel choices and changes. Directors Phil Lord and Christopher Miller were taken off Solo late in development in order for Ron Howard to come in and finish the film. Jurassic World director Colin Trevorrow was originally slated to direct Episode IX, which is currently slated to hit theaters next year, but he left the project in 2017 due to creative differences. That job will instead revert to J.J. Abrams. Reports also suggest that franchise head Kathleen Kennedy could depart from her position this fall.

The death of Carrie Fisher prior to the release of The Last Jedi highlights the fact that the stars of the original trilogy were getting up there in years. Disney needed a new, younger cast to relaunch the global mega franchise. Still, there are many Star Wars fans who feel that legendary characters like Luke, Leia, and Han didn't get the treatment they deserved, and that the main franchise's new leads are lacking by comparison.

What's next for Star Wars?

The risk posed by failing to satisfy core Star Wars fans extends far beyond the company's film business. Disney's Star Wars attractions are set to open at its Florida and California theme parks next year, and the company is no doubt counting on these park expansions to be significant draws. Rather than aiming to subvert series tropes and fan expectations, the company should probably keep it simple going forward.

"Subversive" is the kind of descriptor people might want to see attached to a Brooklyn art installation. It's probably not the best characteristic for major installments in the mega franchise that's at the heart of the biggest new additions to your theme parks, and one of the biggest assets for your consumer products division and upcoming streaming service.

There's still a lot that can be done with the Star Wars universe. Ironically, dissatisfaction with the recent movies has increased reverence and nostalgia for the oft-derided prequel trilogy. A movie built around Ewan McGregor's Obi Wan character now seems like the most viable thread for the company to pursue as it looks for side stories that can get the franchise back on track. Rumors suggest an Obi Wan film might debut exclusively on Disney's streaming platform, which will also play host to a live-action television series helmed by director Jon Favreau.

Star Wars is still one of the world's most valuable entertainment franchises and a huge asset for Disney. It's far from being beyond salvation. The prequel trilogy also left a bad taste in many viewers' mouths, but the property roared back to incredible success in 2015 on the promise of a "back to basics" approach. If Disney can tap into what made the franchise great while balancing its ambitions to broaden the property's appeal, Star Wars still has incredible potential.