With potential blockbuster releases like The Incredibles 2, Jurassic World: Fallen Kingdom, and Ant Man and the Wasp imminent, Disney's (NYSE:DIS) latest installment in the Star Wars universe will soon be done at the box office. Not that there was much to write home about there, at least not in the greatest-hits department. Despite generally positive reviews, Solo: A Star Wars Story will finish its run on the silver screen as the biggest disappointment in the franchise's history, having made a mere $315 million worldwide as of this writing. The possible money-losing production may worry some investors, but should it shake your faith in the company?

Perhaps it was the movie production mix-up with original directors Phil Lord and Chris Miller getting replaced with Ron Howard. Or it could be fans' ire with the new creative direction recent Star Wars movies are taking. It could also be that Solo is hot on the heels of the The Last Jedi, which hit theaters in December 2017, and audiences simply need a break from the sci-fi fantasy universe. Whatever the case, all signs pointed to a lackluster harvest at theaters, something Disney management no doubt took into account when forecasting the current quarter.

But this is not Disney's first failure. Anyone remember John Carter? Yeah, me neither. Even Disney's wildly successful Marvel franchise has served up unpalatable flicks, like The Incredible Hulk. Thus, while Solo is getting panned, it is by no means an insurmountable obstacle for the Star Wars brand, let alone Disney. 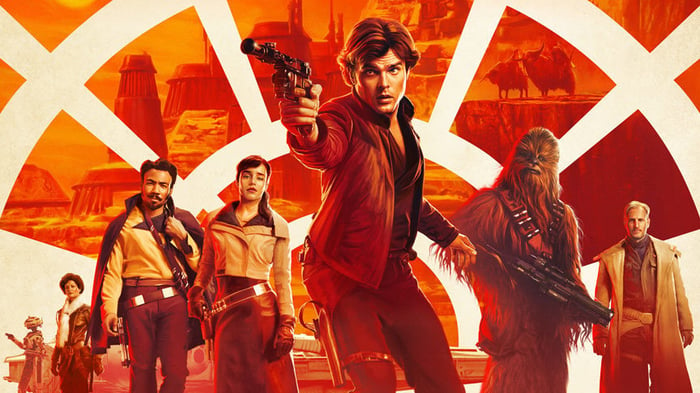 Disney has more magic up its sleeves

After Solo takes a bow, moviegoers will get a year-and-a-half break before the next Star Wars movie hits theaters in late 2019. That will give the studio time to learn what went wrong and how to assuage fans who didn't turn out in droves for the latest title.

In the meantime, Disney has plenty of other projects to occupy its time. Marvel's Avengers: Infinity War just joined three other films that have topped $2 billion at the global box office. The Marvel Cinematic Universe's 19th entry is its best yet and more are on the way, not to mention TV series spinoffs. That proves that while Star Wars has gone stale as of late, it can be successfully reinvigorated in the years ahead.

That's not to mention the other stories and brands the studio can develop. Pixar continues to churn out summertime hits, and Disney has only just begun to remake live-action versions of cartoon classics, like Dumbo and The Lion King. And taking a cue from Netflix, a streaming direct-to-consumer Disney TV service will arrive early in 2019, ushering Disney into a new era of making money from content.

Then there's the Disney resorts segment, an even bigger moneymaker than movies. For reference, resorts were 34% of revenue last quarter to studio entertainment's 17%. Traffic at the company's destinations around the globe continues to tick higher with each quarter, and revenue grew 13% year-over-year at last report. Disney is always on the lookout to expand further, noting opportunities in China to increase brand awareness. New Star Wars parks will also be opening in 2019 at the California and Florida locations, as well as a Star Wars-themed hotel a little later on.

It may be worrisome for investors to see one of Disney's tentpole brands flounder, but Solo's poor turnout is nothing more than noise. The entertainment giant will be just fine in spite of one film's poor results.