Unsurprisingly, Avengers: Infinity War's ticket sales have continued to climb rapidly since its debut, highlighting Disney's prowess in content creation -- a skill that will serve it well as it brings to market its direct-to-consumer streaming service. 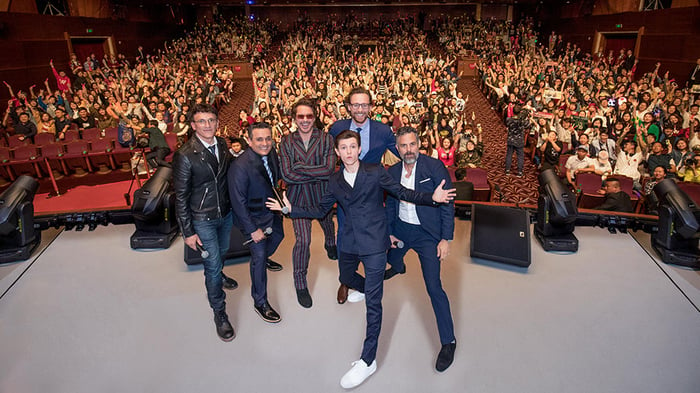 On Monday, Disney said global box office for Avengers: Infinity War crossed $2 billion. The impressive milestone was achieved within just 48 days of its release. As the fourth film to ever reach this milestone, the achievement marks another big win for Disney Studios.

Driving so much business, Avengers: Infinity War is a reminder of Disney's uncanny ability to create amazing content.

But there's far more to Disney's content-creation machine than an occasional blockbuster. Disney is regularly pumping out home runs. Indeed, it was just a few months ago when Disney dazzled Hollywood with Black Panther.

Black Panther grossed $202 million domestically and $370 million internationally during its first three days. Sure, this is well below Avengers: Infinity War. But this shouldn't undermine Black Panther's success. The movie was the fifth film ever to break the $200 million mark during its opening weekend. In addition, the movie ended up grossing a whopping $1.3 billion in just eight weeks, putting it among the top 10 films of all time.

Releasing two wildly successful movies in such a short time should be turning investors' heads. Disney's studio business is simply unparalleled. As Disney CEO Bob Iger said in the most recent earnings call, "With this latest success, our Studio has delivered nine of the top ten biggest domestic box office openings of all time -- all of them released in the last six years."

This bodes well for Disney's upcoming direct-to-consumer streaming business; Netflix has demonstrated the importance of content for streaming services, and Disney has proven again and again it can bring to market entertaining and valuable content. Disney could drive subscribers to its service with must-see hits.

Of course, Disney's new service will feature far more than just jumbo-budget movies aimed to break Hollywood records. "Our content strategy includes a rich mix of beloved classics, recent releases, and new content being created exclusively for the new platform by Disney, Pixar, Marvel, and Lucasfilm," said Iger during the company's most recent earnings call about Disney's plans for its upcoming Disney-branded service.

Slated to launch in late 2019, investors can at least be sure about one thing: Disney won't have any trouble producing quality content for the new service.