Great IRA stocks have a few common attributes. Most great IRA stocks pay above-average dividends, as the tax-deferred nature of IRAs helps to maximize the power of dividend reinvestment. Great IRA stocks are also generally recession-resistant -- after all, who wants to see wild swings in retirement funds? And finally, great IRA stocks also have lots of long-term growth potential, as the combination of tax-deferred compounding and stock price appreciation can create serious wealth over long periods of time.

With all of that in mind, here's why I think Realty Income (NYSE:O) and Empire State Realty Trust (NYSE:ESRT) make excellent IRA investments. In fact, I hold both in my retirement portfolio. 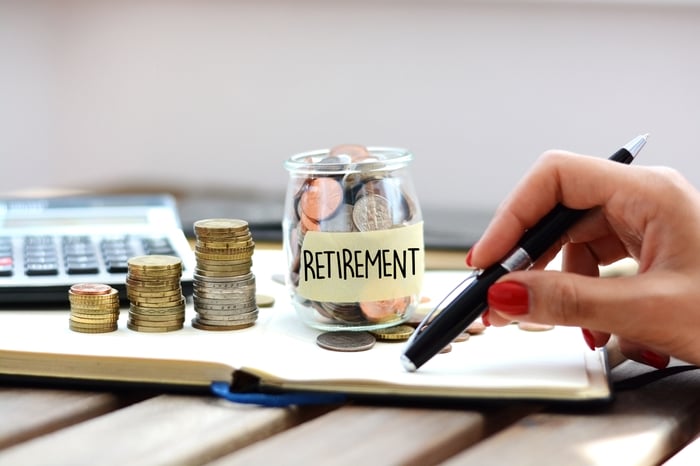 Not only do I consider net-lease REIT Realty Income to be one of the best income stocks, but I also consider it to be possibly the best all-around stock in the market. In fact, it's the largest holding in my stock portfolio.

About 80% of Realty Income's property portfolio is occupied by retail tenants, but don't let that scare you away. The properties are hand-selected to be recession-resistant as well as not too vulnerable to e-commerce headwinds. Think of Walgreens Boots Alliance (NASDAQ: WBA), whose Walgreens stores are Realty Income's top tenant. These stores not only offer products people need no matter what the economy is doing, but they also sell things people tend to need quickly, which helps insulate them from e-commerce competition.

The proof is in the performance, and Realty Income has an impressive track record of success. The company has increased its dividend for the past 85 consecutive quarters and has produced 16.3% annualized returns since its 1994 NYSE listing. To put this in perspective, a $10,000 investment in Realty Income at the time of its listing would have compounded into more than $400,000 today.

Recession-resistant, but well positioned for strong economies as well

A relatively new entry to my portfolio, and a relatively new stock in general, with its IPO in 2013, is one of my favorite REITs -- Empire State Realty Trust. As the name suggests, this is the company that owns and operates the famous Empire State Building, in addition to a portfolio of additional properties in the New York City area.

Simply put, Empire State is a great play on the NYC office real estate market. Its properties are more affordable than top-notch Class A office properties, while being far more attractive than similarly priced Class B alternatives. In other words, Empire State's properties are specifically geared to be an unbeatable combination of location, quality, and attractive price.

There are several ways Empire State can grow its revenue over the next few years and create shareholder value. There is plenty of recently redeveloped vacant office space to lease up, and as existing leases expire, Empire State Realty Trust has an impressive 24% releasing spread as of the most recent quarter. In addition, there's an enormous amount of space -- 740,000 square feet -- expected to be redeveloped in the coming years.

In addition to its office properties, about 7% of the portfolio consists of retail space. Many New York City office buildings have some retail space on the ground level, and Empire State also runs the observatory in its namesake building, which has grown revenue at an impressive 10.7% annualized rate since 2001.