Climbing nearly 90% year-to-date as of this writing, Plug Power's (NASDAQ:PLUG) stock has been supercharged this year, far outpacing the 12% gain that the S&P 500 has recognized during the same time period. Much to the delight of investors, shares have more than bounced back from the 48% slide that they experienced through 2018, benefiting from both an encouraging fourth-quarter 2018 earnings report and management's auspicious outlook for the future.

Shares have certainly caught Wall Street's attention. An analyst with B. Riley FBR, for example, recently resumed coverage on the stock with a buy rating and a $3.50 per share price target, according to TheFly.com. Does this mean that now is as good a time as any for investors to power their portfolios with this stalwart in fuel cell solutions? Let's charge ahead and take a closer look to see if this hydrogen hopeful deserves a place in your portfolio. 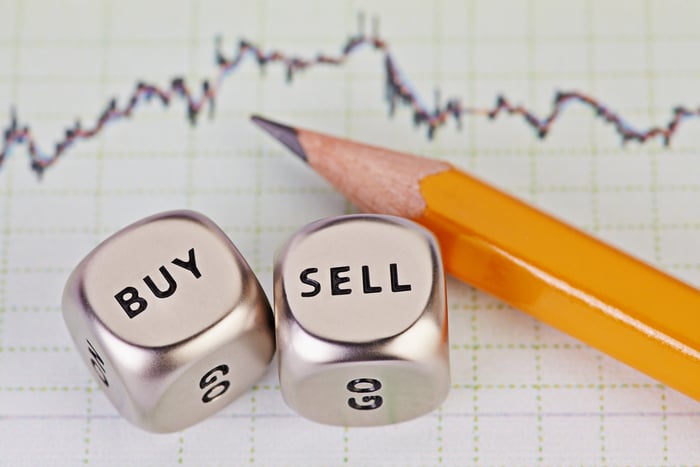 Running with the bulls

One cornerstone of the bull case for Plug Power is the company's growing top line. Unlike some of its fuel cell peers, Plug Power has excelled at consistently growing sales for years on end. Having recently released its Q4 2018 earnings, Plug Power reported revenue of $175 million in 2018; consequently, the company has grown its top line at a compound annual growth rate of 35% over the past 10 years. Management, moreover, foresees continued growth in the coming year, forecasting revenue of $235 million to $245 million in 2019.

While the sales growth represents a great source of encouragement, the company's recent progress toward profitability provides even more fuel for the company's bulls. In addition to announcing, in its Q4 2018 report, an annual gross profit for the second time in three years, the company revealed that it achieved positive adjusted EBITDA on a quarterly basis for the first time in its history, electrifying investors' enthusiasm. But wait, there's more. Revealing its belief that the improving bottom line wasn't a fluke, management reiterated its forecast from earlier in the year that the company will achieve positive adjusted EBITDA in 2019.

Looking further into the future, investors are keen on Plug Power's prospects beyond its core competency: material handling equipment. In particular, management believes that e-mobility applications, such as ground support equipment, heavy-duty vehicles, and autonomous-guided vehicles, will figure prominently in the days to come. On the recent conference call, for example, Andy Marsh, Plug Power's CEO, stated that "As our business grows, these applications will represent a larger percentage of our revenue." Moreover, the company recognizes the stationary power market as another lucrative opportunity, in particular providing backup power solutions to telecom companies as they build out their 5G networks.

The bare bones of the bear case

While the future appears to be bright, replete with opportunities, longtime followers of the company know that its challenges lie at the bottom of its income statement -- not the top. Revenue growth, of course, is crucial for a young business, but Plug Power isn't such a young business; the company was incorporated in 1997. And while the company has made tremendous strides in selling customers on the value proposition of its alternative energy solutions, the company has never generated a profit -- Q4 2018 positive adjusted EBITDA notwithstanding. Granted, the company has made progress in coming closer to achieving profitability, but time will tell if the company's recent success represents an aberration or the sign that the company has reach an inflection point.

Unable to grow cash through organic means, the company has had to rely on raising capital through the issuance of equity and debt to keep the lights on. And since positive cash flow doesn't appear to be close on the horizon, the company will likely have to resort to further weighing down its balance sheet with debt or subjecting current shareholders to increased dilution just as it has done for the past several years. In fact, this occurred as recently as last week when the company issued 10 million shares of stock that provided it with $23.5 million in cash. 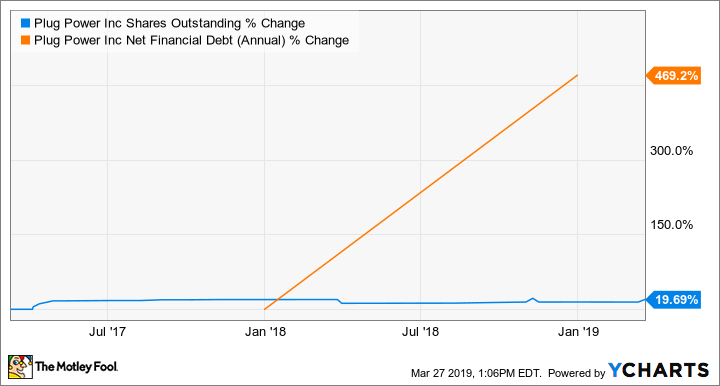 Unsurprisingly, Plug Power's shareholders are riding high on the company's recent earnings release, considering profits appear to be tantalizingly close. This, paired with the fact that Marsh teased "four major business announcements" to be made in 2019, provides even more fuel to the bulls' fire. Skeptics, however, would argue that the company has failed to prove that its fuel cell endeavors can be lucrative.

Currently, the stock is trading at just over 3 times trailing sales, considerably more attractive than the five-year average of more than 6 times sales, according to Morningstar. But even at this valuation, shares don't seem enough of a bargain to compensate for the significant risk that investing in the stock entails; therefore, the stock should only appeal to those investors with the highest risk tolerance.