Please ensure Javascript is enabled for purposes of website accessibility
Log In Help Join The Motley Fool
Free Article Join Over 1 Million Premium Members And Get More In-Depth Stock Guidance and Research
By John Ballard - Mar 24, 2020 at 9:32AM

The graphics chip maker continues to prove its staying power in this growing market.

A mass rollout of self-driving cars is still years away, but more than 70 companies around the world are investing heavily in the technology. These companies span legacy automakers, suppliers, start-ups, and tech giants.

Every year, Navigant Research releases a report that ranks the top vendors who are developing automated vehicle (AV) compute platforms to power the artificial intelligence that could replace humans at the wheel. In the latest report for 2020, NVIDIA (NVDA -3.29%) came out on top, ahead of Intel's (INTC -1.57%) Mobileye. 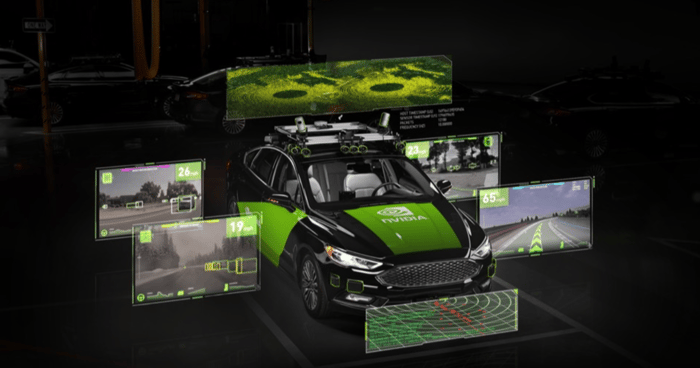 The leader of the most sophisticated computer technology

It's an impressive accomplishment to be ranked No. 1 in the report that looked at several factors to rate each company's position in the AV market. Navigant looked at each company's vision technology; go-to-market strategy; partners; production strategy; technology; sales, marketing and distribution; product capability; product quality and reliability; product portfolio; and "staying power."

The slower rate of growth of NVIDIA doesn't reflect an inferior competitive position in the self-driving car industry, but likely reflects the slow progress toward automated vehicles for the broader transportation market. A year ago, Navigant pointed to the first automated-driving-related fatality in early 2018 as an indicator that the technology is not ready for a mass rollout. It will likely take several more years of testing and development before mass production is even considered.