Please ensure Javascript is enabled for purposes of website accessibility
Log In Help Join The Motley Fool
Free Article Join Over 1 Million Premium Members And Get More In-Depth Stock Guidance and Research
By Taylor Carmichael – Apr 4, 2020 at 7:39AM

One of my favorite stocks right now is Adaptive Biotechnologies (ADPT -5.80%). You know how everybody and their mother is trying to find a cure for COVID-19? Here is how Adaptive is going about it: Instead of trying to decode this virus and understand its RNA, Adaptive is focusing on humans' immune response to it.

How is it that some people can catch COVID-19 and have no symptoms? Adaptive wants to solve that mystery. And the company believes that if it can figure out how an immune system successfully responds to this virus, it will help us detect COVID-19, treat it, and maybe even provide a cure. 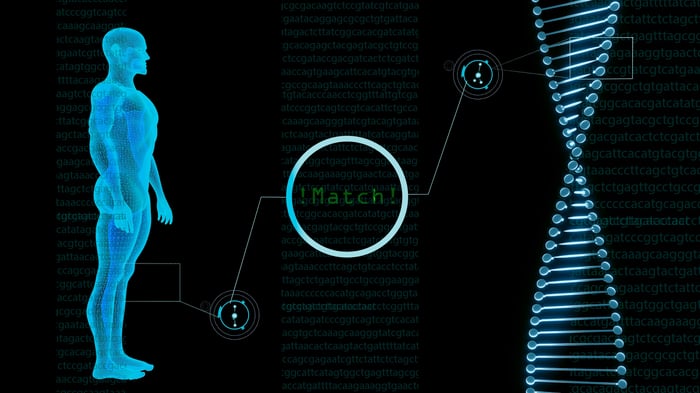 Here's how the CEO, Chad Robins, described what the company is doing: "There is critical information held within the genetics of a patient's immune response to the virus and the disease patterns we can infer from studying the immune response at the population level."

Besides identifying asymptomatic patients, the data might also help doctors treat newly diagnosed patients who have a bad reaction to COVID-19. And, finally, the immune response data will help all the biotech companies that are trying to find vaccines and/or cures for this threat.

Adaptive Bio is in the process of collecting blood samples from individuals who are diagnosed with or have recovered from COVID-19. The biotech company will sequence the immune cell receptors with machines from Illumina (ILMN -1.61%). Using its own technology, Adaptive will then map the specific antigens from COVID-19 that induce an immune response. Not surprisingly, since this is an insane amount of data, Adaptive will once again be working with Microsoft (MSFT -1.27%) and its machine-learning platform.

It's an exciting time to be an Adaptive investor. This emergency is giving the world a peek at the future of how we will fight diseases. Yet right now, only four analysts are following this company. Come on, Wall Street!

This under-followed company was the No. 1 stock of 2019

What Axsome Therapeutics (AXSM -3.75%) did last year was pretty cool. On Jan. 7, 2019, Axsome revealed positive phase 2 data from a clinical trial for one of its drugs, AXS-05, a treatment for major depressive disorder (MDD). The drug was wildly successful; 47% of patients achieved remission from symptoms after six weeks on the pill.

That said, don't get excited yet. That's just one drug. In March 2019, the company initiated a phase 3 trial for another drug, AXS-07, a treatment for migraine. Nine months later, in late December, Axsome released the results from this study. It was another winner. In this pivotal trial, AXS-07 defeated both placebo and rizatriptan, an FDA-approved migraine treatment.

We're still not finished! In December the company also announced positive phase 2 results from yet another drug, AXS-12, a treatment for narcolepsy. That's a sleeping disorder that affects roughly 3 million people around the world.

One more and we are done: In April 2019, Axsome announced a positive read-out for its lead compound, AXS-05, in a completely different indication --smoking cessation. That's a large and fast-growing market opportunity. It's estimated that the market for products that help people quit cigarettes will reach almost $22 billion in four years.

Of course, in 2020 the company has had a couple of setbacks. (You can't go undefeated forever!) The company recently announced that AXS-05 missed its primary endpoint in a study for treatment-resistant depression. And of course, the stock took a hit (along with the rest of the market) when COVID-19 struck.

At a recent price of $54 a share, the stock is down almost 50% from its highs. This places its market cap at about $2 billion -- incredibly cheap, given the market opportunity going forward. If you missed this under-the-radar stock last year, now is a good time to jump in.