Shares of Axsome Therapeutics (NASDAQ:AXSM), a precommercial drugmaker, are surging again after news of another midstage clinical trial success. Investors excited about the latest addition to Axsome's late-stage pipeline pushed the stock 19.2% higher at the beginning of Tuesday's session, but enthusiasm for the drug AXS-12, or reboxetine, has faded a little. As of 11:52 a.m. EST the stock was up 12.5%.

Axsome popped after reading out results from Concert, a phase 2 study involving AXS-12 and narcolepsy patients who frequently experience several minutes of dreamlike paralysis or cataplexy. Patients taking the norepinephrine reuptake inhibitor (NRI) reported 14.6 fewer cataplexy attacks per week compared to an attack rate reduction of 2.6 per week from the placebo group. 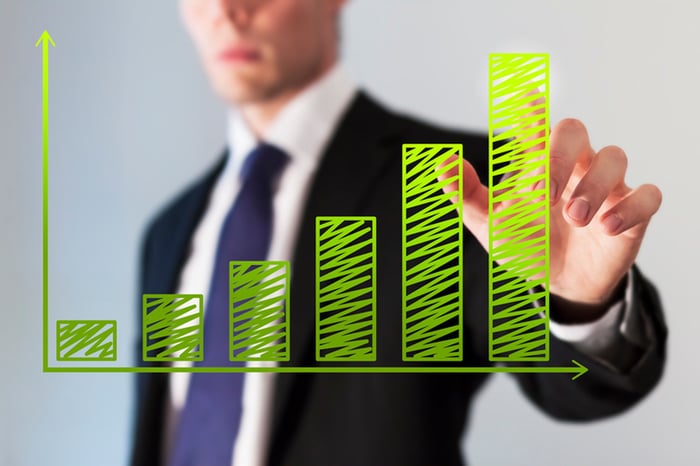 Narcolepsy with cataplexy prevents roughly 1 million Americans from engaging in a wide variety of activities, including a good laugh. It's also associated with significantly lower-than-average lifespans.

For decades, narcolepsy's been treated with different brands of the active ingredient in Ritalin, methylphenidate. Given a choice between long-term treatment with either a stimulant controlled by the DEA or a highly selective NRI like AXS-12, patients and their physicians will opt for the latter almost every time.

Reboxetine has been used to treat depression under the brand name Erdonax for decades, but not in the U.S., where its development stalled for reasons that aren't exactly clear. It's also unclear exactly how long the drug will be able to avoid generic competition. An FDA approval might help Axsome gain some market exclusivity for AXS-12, but how much is anybody's guess.

One thing's certain: Reboxetine's safety profile includes side effects that a person with depression and anxiety ought to avoid. Those same side effects, though, will probably convince the FDA to make it a viable new option for narcolepsy patients.