The company's depression drug AXS-05 failed to meet its primary endpoints in the study, although it did hit the secondary endpoints.

Axsome Therapeutics (AXSM 8.57%) on Monday released the data from its phase 3 trial for AXS-05 in patients suffering from treatment-resistant depression (TRD), and it was not quite what the company had hoped for. AXS-05 failed to achieve its primary endpoint in the study, although it did show efficacy in its secondary endpoint.

The study of 312 patients with confirmed TRD, all of whom had all failed two or three prior treatments for depression, compared AXS-05 to bupropion (Wellbutrin). The primary endpoint was whether the patients had significantly improved symptoms (as measured by the Montgomery-Asberg Depression Rating Scale, or MADRS) after six weeks of treatment. While those patients taking Axsome's drug did slightly better than those on bupropion, the difference was not statistically significant. 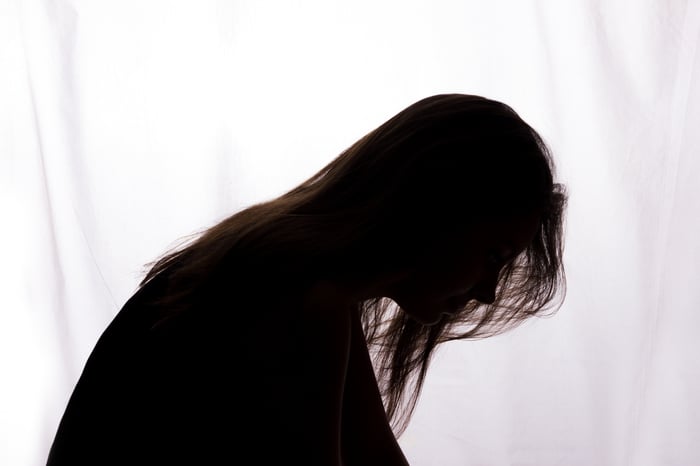 On the positive side, the company reported that AXS-05 met its secondary endpoints in the study. The drug was statistically superior to bupropion after one week of treatment (a score of 5.2 versus 3.6 on the MADRS), and after two weeks of treatment (a score of 8.0 versus 6.1). And while the two drugs had similar efficacy at the six-week point, on average during the six weeks of treatment, AXS-05 was statistically superior to bupropion.

Axsome Therapeutics was the best-performing stock of 2019, when it jumped by an astounding 3,600%. Much of the market's enthusiasm for the company was due to AXS-05. In a phase 3 trial for major depressive disorder (MDD), Axsome's drug passed with flying colors, and the stock took off.

The company is seeking FDA approval for AXS-05 to treat multiple indications, including major depressive disorder, treatment-resistant depression, agitation in Alzheimer's disease, and smoking cessation. While Monday's news about TRD patients is disappointing (the stock was down more than 9% in early afternoon trading), the drug remains on track to be approved for the MDD indication.