Please ensure Javascript is enabled for purposes of website accessibility
Log In Help Join The Motley Fool
Free Article Join Over 1 Million Premium Members And Get More In-Depth Stock Guidance and Research
By Will Healy - Updated May 5, 2020 at 4:54PM

In many respects, Intel has still not recovered from the decline of the PC.

Intel (INTC 0.82%) experienced something it had not seen for a long time -- a blowout quarter. After years of mediocre growth, the company significantly surpassed earnings and revenue expectations.

Moreover, this semiconductor stock received a temporary boost as COVID-19 forced companies to move work to the cloud. Still, as the virus fades from the headlines, and workers return to their offices, the low-growth numbers could easily return.

The 2010s became a lost decade for the company. Whether that will define the 2020s as well remains unclear. Nonetheless, to return to prosperity, Intel will have to address three key issues. 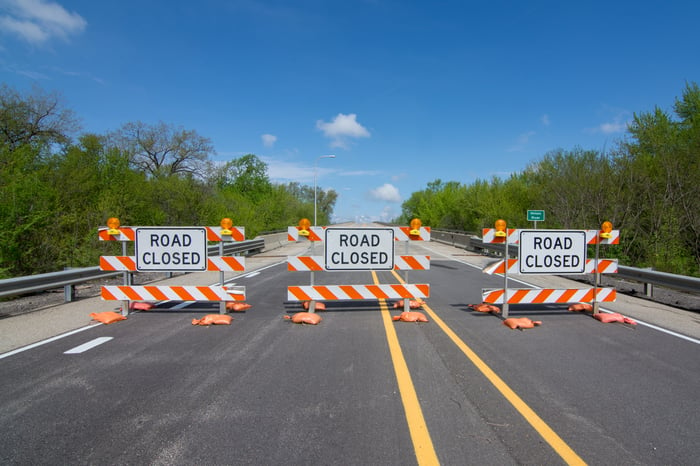 1. Falling behind and management instability

During the 20th century, Intel was a darling of the PC era. Its development of the world's first microprocessor made the company the world's largest chipmaker.

Intel, along with PC companies NVIDIA, Microsoft, and AMD (AMD 0.20%), suffered at the beginning of the 2010s as users switched to smartphones and tablets. However, most of the other companies managed to redefine themselves. Not so for Intel. While Intel continues to avert massive revenue declines, it lost its title as the world's largest chipmaker in 2018. Now, its old rival AMD has gained a technical lead in CPUs. As AMD continues to market its 7nm chip, Intel only released its long-awaited Ice Lake 10nm chip last year.

The company has also faced several management changes. Mike Mayberry took over as CTO following the revelation of the Spectre and Meltdown security flaws in 2018. That same year, the company had to replace CEO Brian Krzanich over an inappropriate consensual relationship with an employee. Now, the responsibility of orchestrating a turnaround falls on current CEO Bob Swan. It's hoped that, with this new management team in place for the last two years, the company may have finally restored stability at the top.

Much like Microsoft and NVIDIA, Intel had hoped to redefine itself in recent years and return to the forefront of big tech.

One area it aimed to do that in was data centers. Currently, the so-called "data-centric" business unit of Intel makes up approximately half of the company's revenue. The largest of these divisions is the data center group (DCG) at $7 billion. Unfortunately, it seems to have fallen behind in this area as AMD continues to gain market share.

Intel had also hoped to compete with Qualcomm in the market of smartphone chipsets. However, this initiative ended with the company selling this division to Apple last year.

This is not to say all hope is lost. Intel claims to have developed the world's fastest gaming processor. It has also produced what it claims is an "unmatched portfolio" of 5G network infrastructure products. However, the market has barely begun to adopt this new technology, so it remains unclear whether these innovations will help Intel stage a comeback.

Unfortunately, Intel's valuation does not point to a resurgence. With the company having pulled guidance because of issues related to the coronavirus pandemic, its forward P/E ratio remains unclear. However, its current P/E ratio of about 11.7 is significantly lower than the multiple it commanded in the past. Worse, with earnings projected to fall by 1.8% this year and increase by 1.5% in 2021, the P/E ratio seems less like a bargain.

The first quarter 2020 quarterly numbers appear to offer a reprieve. Earnings of $1.45 per share showed a 63% improvement from last year's numbers. Also, the $19.8 billion in revenue came in 23% higher than in the same quarter the previous year.

Unfortunately, these numbers may project a temporary bump due to COVID-19. The company sees a sequential revenue drop to $18.5 billion in the second quarter. Intel also expects non-GAAP earnings of $1.10 per share. Moreover, the company cited COVID-19-related uncertainty as the reason why it pulled full-year guidance in 2020. Analysts also predict a 21.1% drop in net income for the third quarter.

Still, even if revenue and earnings pull back, a temporary bump helps Intel. Its cash position now stands at $11.38 billion, up from $4.19 billion three months before.

This also comes even after the company spent $1.41 billion on dividend payments. The payout has now risen every year for five years, and its annual dividend payout of $1.32 per share yields about 2.2%. That does not significantly exceed the S&P 500 average of around 2.1%. Still, thanks to higher profits, the payout ratio has fallen to about 27.6%. Hence, it can likely maintain payout increases even if profits fail to grow significantly.

Any hope for the company?

The 2010s turned into a lost decade for the company that was formerly the world's largest chipmaker. With projections of low growth and without a definitive competitive advantage, investors see little in the way of concrete numbers that point to a growth story.

Admittedly, Intel is far from a hopeless situation, and coronavirus has given the company a temporary income boost. If its gaming or 5G processors perform well, it could significantly boost Intel stock. Investors can also buy a dividend income stream that slightly beats the averages for a low multiple.

Still, unless Intel can find its next growth area, long-term investors may have to prepare for another lost decade.