Apple (NASDAQ:AAPL) and Intel (NASDAQ:INTC) confirmed yesterday that the iPhone maker would acquire Intel's smartphone modem business in a deal valued at about $1 billion. The agreement would result in about 2,200 Intel employees joining Apple's workforce and is expected to close in the fourth quarter. Stories emerged in recent days suggesting such a deal was imminent.

In a joint press release, the companies said that Intel would retain the right to develop modems for non-smartphone applications, such as personal computers, internet-of-things (IoT) devices, and self-driving cars.

Following the close of the deal, Apple will hold over 17,000 wireless technology patents ranging from protocols for cellular standards to modem architecture and modem operation, including those patents already in its portfolio. This wraps up a deal that has been long in the making, and results in a win-win for both companies. 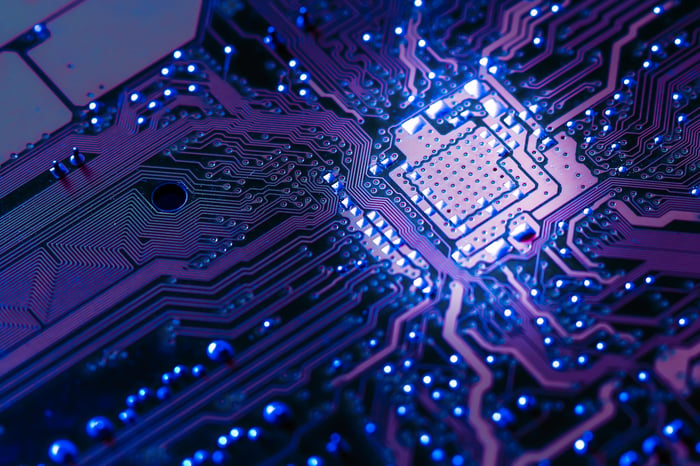 Intel is stepping aside

This deal is a win for Intel, as the segment was reportedly losing as much as $1 billion annually. Intel sought to sell the unit for a few billion dollars originally, though it eventually settled on the lower price.

In an interview, Intel CEO Bob Swan explained that the company didn't see a clear path to profitability for the segment. "We concluded that in the modem for the smartphone, where we really only had one customer [Apple], that the likelihood and the probability that we were going to be able to make money was just not there as we look forward in light of the dynamics of the market."

This deal gave Intel a way to divest a money-losing operation while pocketing some cash.

With the broad release of 5G just around the corner, wireless providers and smartphone companies alike are racing to develop products that will take advantage of the faster speeds afforded by this emerging technology. When Intel announced earlier this year that it would exit the smartphone modem chip business, Apple was likely concerned that the only remaining supplier -- rival Qualcomm (NASDAQ:QCOM) -- would control too much of the company's supply of a critical part, leading to the decision to snap up the unit from Intel.

In a note to clients, Wedbush analyst Daniel Ives said that Apple was clearly "doubling down" on 5G and that the acquisition of these chip assets would give the company "further control over its supply chain and core chip design."

This business was a money-losing proposition for Intel. However, once it has been subjected to Apple's rigorous price controls and integrated into its operations, it will be much more beneficial to the iPhone maker and advance its goal to more quickly produce a 5G-ready iPhone.

This deal takes the spot as the second largest in Apple's history, behind just the acquisition of Beat's music and electronics back in 2014 for $3 billion.

The sheer size of the deal illustrates just how important the opportunity presented by 5G and control over its component parts are to Apple.