Shares of Quidel (NASDAQ:QDEL), which makes diagnostic healthcare products, skyrocketed 42.1% in April, according to data from S&P Global Market Intelligence. That follows its robust performance in March, when it gained 26.6%.

For context, the S&P 500 index returned 12.8% last month after returning negative 12.4% in March due to the coronavirus-driven market sell-off. 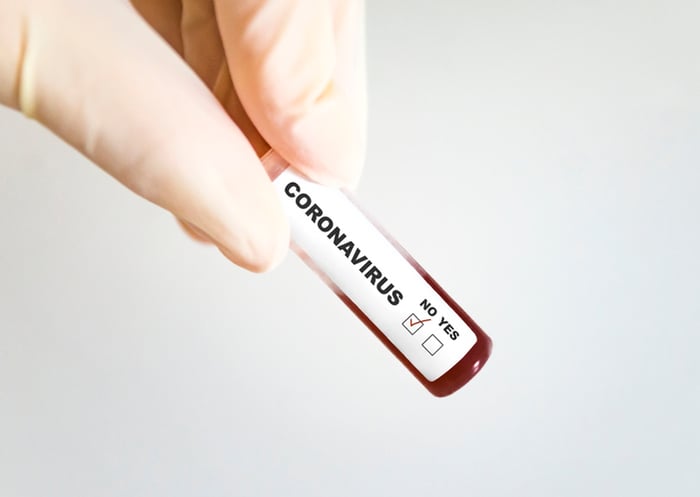 Quidel stock got a tailwind from the strength of the overall market last month. The reason it significantly outperformed the market is because investors are excited about the sales prospects for the company's rapid COVID-19 test.

Shares moved up throughout the month. But they got a big boost -- of 9.5% -- following Quidel's Feb. 22 announcement that it had applied for an emergency use authorization (EUA) for an upgraded test, the Lyra Direct SARS-CoV-2 Assay, from the Food and Drug Administration (FDA) to allow direct sample processing. In that same press release, the company said it was currently manufacturing 500,000 tests per week, saying that the "assay is currently available for sale in the United States while under EUA review."

In mid-March, the company received emergency use authorization from the FDA to market its Lyra SARS-CoV-2 Assay. And later that month, its test received the CE Mark, which means it can be marketed in Europe, and the green light from Health Canada.

Investors will soon get material news. Quidel is scheduled to report its first-quarter 2020 results on Wednesday, May 6, after the market close.