Demand for its COVID tests are rising with cases.

Shares of Quidel Corporation (QDEL) climbed 10% this week as of Thursday's close. Demand for at-home COVID testing is outstripping supply, with the delta variant pushing infections back to levels last seen in January. 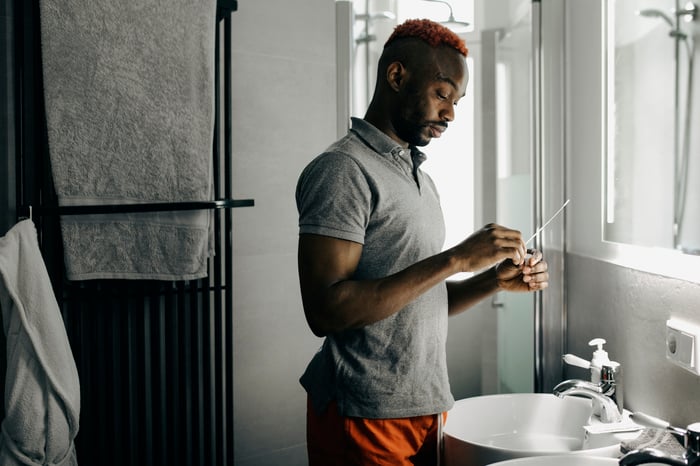 Early last month, Quidel said sales in its fiscal second quarter declined 12% from the year earlier due in part to a drop-off in its COVID testing business. It doesn't appear that will be a problem next quarter as cases in the U.S. have climbed tenfold in the past two months. A company spokesperson said it is working with retailers to keep the company's QuickVue at-home test in stock.

One way it will do that is offering the test through the more than 7,000 CVS (CVS 0.92%) locations in the U.S. and online. The partnership was announced this Wednesday, and availability is expected within the next week.

The test maker is leaning into the surge by ramping up manufacturing lines that had been repurposed when COVID waned. Other test makers Abbott Labs (ABT 0.15%) and Becton Dickinson (BDX 0.62%) had also curbed production this summer.

Another driver of demand is the return of students to classrooms and workers to office buildings. With many organizations implementing policies that require constant testing in lieu of vaccination, the surge in sales may remain elevated unless vaccination rates improve.

Why Quidel Stock Was Falling on Friday
376%