Shares of the small-cap biotech Evofem Biosciences (NASDAQ: EVFM) rose by as much as 42.5% in pre-market trading Tuesday morning. The company's stock is taking flight in response to the Food and Drug Administration's (FDA) approval for the non-hormonal contraceptive vaginal gel Phexxi last Friday.

Phexxi reportedly prevents pregnancy by altering vaginal pH in a manner that is inhospitable to sperm. This FDA approval marks the first time the agency has given the green light to a hormone-free contraceptive for women in almost 30 years. 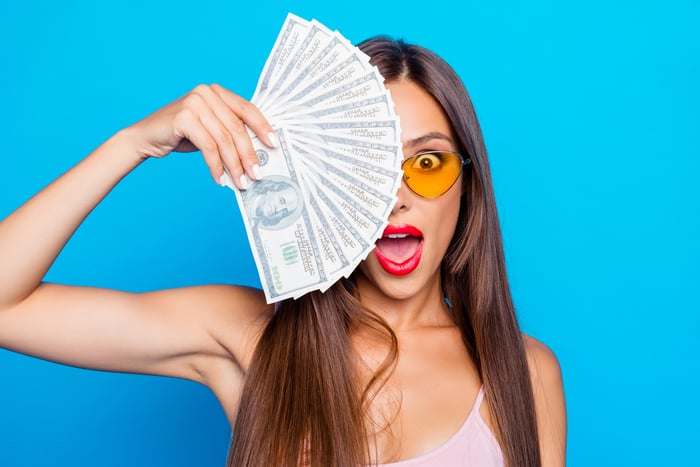 While FDA approvals are always a positive for small-cap companies like Evofem Biosciences, Phexxi's approval stands out for two big reasons. First, Oppenheimer analyst Leland Gershell thinks that this novel contraceptive could rack up a handsome $440 million in annual sales in the U.S. by 2024.

Second, Evofem exited last week with a market cap of just $248 million. In short, Phexxi has the potential to be a tremendous growth driver for Evofem over the next several years. Viewed in this light, it's not exactly surprising to see investors bidding up the company's shares on the heels of this major regulatory win.

Evofem plans to kick off Phexxi's commercialization this September through a staged launch in areas less affected by the ongoing pandemic. As such, investors should probably temper their expectations for the gel's early sales figures. Wall Street's current forecast only has Phexxi generating about $46 million in total sales for the whole of 2021. That's not a bad launch forecast by any means, but it probably won't be enough to propel this small-cap biotech stock to mid-cap status by the end of next year. In other words, you may want to hold off on buying this healthcare stock unless you are willing to hold it for the long term.