The turnaround at Wendy's (NASDAQ:WEN) may be happening faster than at other fast food chains. An analyst says comparable store sales at the burger shop turned positive over the last four weeks.

Longbow analyst Alton Stump said his checks with Wendy's franchisees indicate comps are now positive, compared to a 15% decline in April. That could get the fast food chain's stock cooking again. 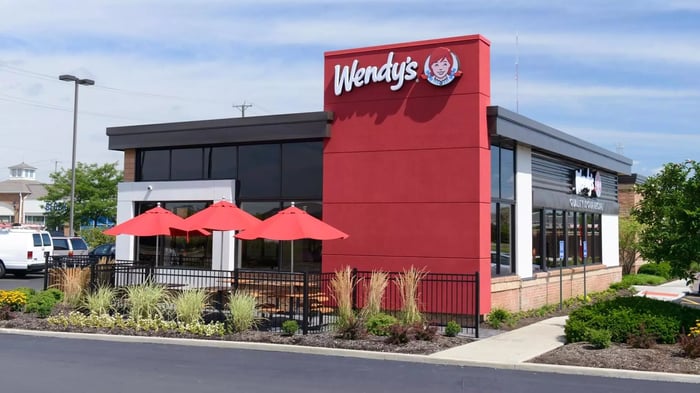 Wendy's first-quarter earnings report last month hinted at the momentum that was building behind its efforts to reinvigorate growth at the restaurant, such as introducing breakfast to the chain. The daypart's sales now account for 8% of Wendy's total revenue.

Stump told clients in a note he is increasingly confident the restaurateur will outperform many of its peers in the post-pandemic world, and he nudged his price target on the stock up slightly, moving it to $25 per share from $24 per share. Wendy's currently trades just under $22 a stub.

It bodes well for the chain as businesses begin opening again and consumers' morning routines normalize. That Wendy's breakfast business was able to perform so well despite the turmoil suggests it could take off when people get moving in the morning again.

CEO Todd Penegor told analysts on Wendy's earnings conference call: "With mobility down so much and people not having a morning routine, the breakfast daypart across the industry has been hit very hard. Even with that headwind, we've been able to get folks to come out and try our great breakfast offerings."

The burger joint noted digital sales more than doubled in the first quarter, and mobile app downloads and users increased 25% during the pandemic.