Shares of Cloudera (NYSE:CLDR) gained 23.8% in May, according to data from S&P Global Market Intelligence . The stock climbed in conjunction with momentum for the market, but the company's valuation is still down roughly 14.7% year to date. 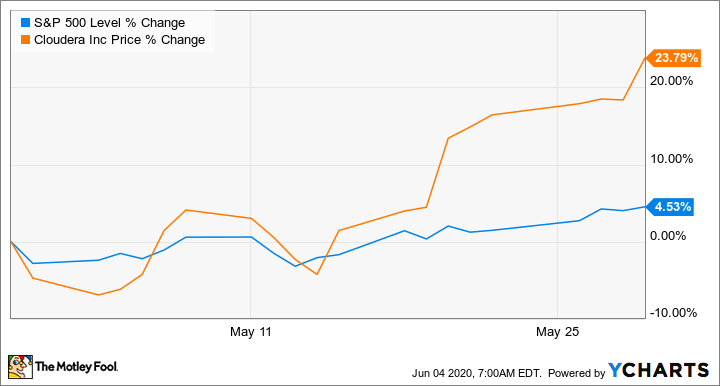 Cloudera's momentum in May seems to have been primarily driven by recovery in the broader market, but the stock may have benefited from the company announcing a new customer and detailing uses for its cloud-based data platform in the financial services industry. Cloudera's gains last month came on the heels of a 5.2% increase for the company's share price in April. 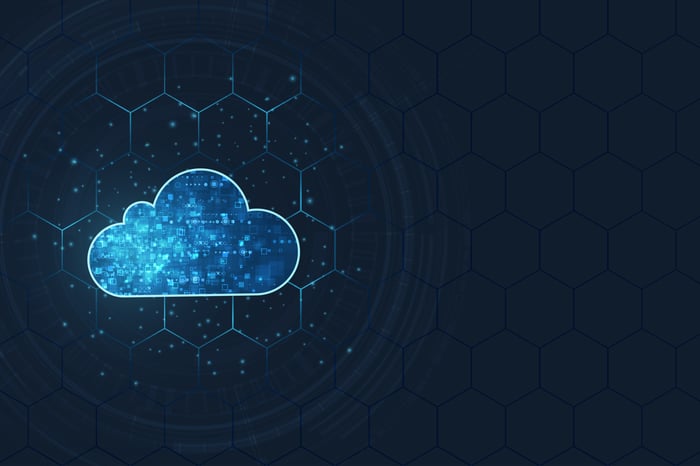 Cloudera published a press release on May 12 announcing the Institute for Energy Technology as a new customer. The Norway-based research association joined the company's cloud-based data platform as part of its digital transformation initiative and plans to use the service to extend data analytics services to nuclear facilities that are part of the OECD Halden Reactor Project.

Cloudera then published a blog post on May 15 that outlined favorable digital banking trends and highlighted how companies in the industry were using the Cloudera Data Platform.

Cloudera stock has slipped in June's trading following first quarter results that arrived with disappointing guidance. The company's share price is down roughly 3% in the month despite a rally for the broader market. 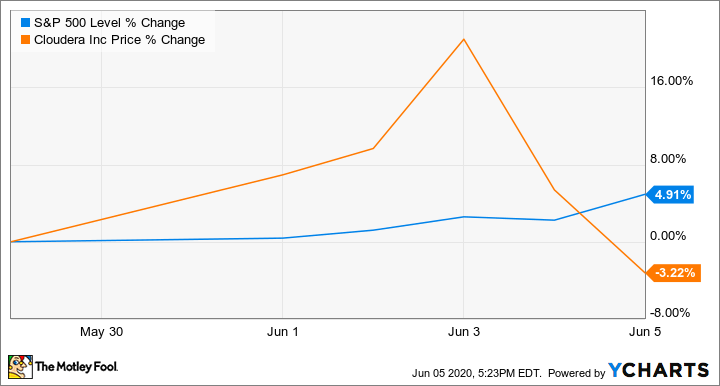 The company posted non-GAAP (adjusted) earnings per share of $0.05 on sales of $210.5 million in the quarter, topping the average analyst estimate's call for a break-even quarter on revenue of $204.62 million.