Please ensure Javascript is enabled for purposes of website accessibility
Log In Help Join The Motley Fool
Free Article Join Over 1 Million Premium Members And Get More In-Depth Stock Guidance and Research
By Rich Duprey - Jun 1, 2021 at 11:05AM

The struggling big-data firm would get a chance to reorganize out of the public eye.

The stock, which closed Friday at $12.86 per share, is below its IPO price of $15 as it has struggled to compete against larger, better financed rivals such as the web services business of Amazon and Microsoft's Azure.

Cloudera was in the midst of a multiyear turnaround but faced pressure from billionaire investor Carl Icahn, who owns over 18% of Cloudera stock and has two seats on the board of directors. 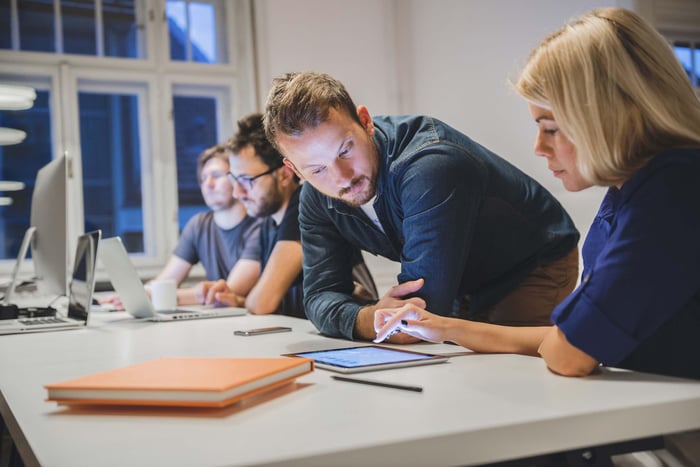 Data management is intensely competitive, and Cloudera found its on-premise open source software at a disadvantage as enterprise-level customers continuously moved their data to the cloud.

Its strategy to compete was to develop a hybrid offering, the Cloudera Data Platform (CDP), that runs on any combination of public or private clouds. Its fiscal fourth-quarter earnings report earlier this year showed that revenue rose 7% to almost $227 billion, generating profits of $0.15 per share, which is slower growth than it experienced previously. But CDP's development was completed last August and should now give it an opportunity for added growth. It was expected to report first-quarter results this week.

KKR and fellow private equity firm Clayton Dubilier & Rice will now take Cloudera private in what CEO Rob Bearden says will give his company "the resources and flexibility to drive product-led growth and expand our addressable market opportunity."

The acquisition price is $16 per share and is expected to close in the back half of the year. Cloudera has a 30-day "go shop" period to seek better offers.