Analysts thought Virgin Galactic would do at least some business last quarter -- but they were wrong.

Virgin Galactic Holdings (SPCE) is a space tourism company that's never actually carried any tourists into space. If that sounds a little strange to you, then you'll love this next bit: On Monday, Virgin Galactic reported its fiscal Q2 2020 "earnings" and -- surprise! -- it didn't actually earn anything. Or collect any revenue.

Before one can sell something, one must have something to sell

Now, that may not seem so surprising at first glance. After all, if Virgin Galactic isn't carrying any tourists into space (yet), then it probably isn't selling any tickets to space (yet) either. And if that's true, then you probably wouldn't expect the company to be collecting any revenue. 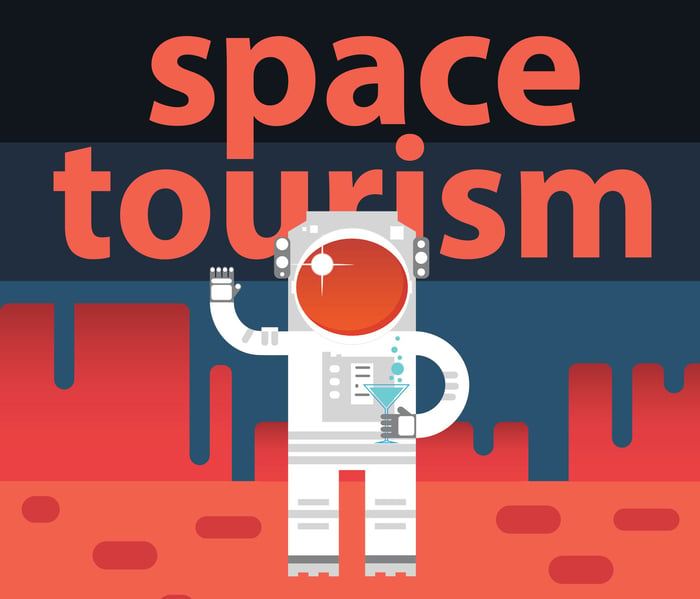 And yet, for the previous five straight quarters, Virgin Galactic did generate at least some revenue in each and every quarter. De minimis revenue to be sure -- a quarter million dollars here, $1.8 million there, depending on the quarter -- but it at least collected something from activities such as "providing engineering services" (as the company shared last quarter).

In Q2, analysts expected Virgin to continue cobbling together at least some revenue, and predicted it would book sales of about $900,000 or so -- but Virgin Galactic didn't even manage that. Instead, it reported its revenue as $0. Zero dollars. Zero cents.  And with no revenue with which to pay the bills, but costs aplenty, Virgin Galactic ended up reporting a big $0.30 per share loss for the quarter -- 15% worse than Wall Street had feared.

With no revenue to report, and no earnings to report, you may wonder why Virgin Galactic bothered to file a report with the SEC at all this week (aside from the fact that, you know, it's required for companies that have gone public). As it turns out, while Virgin Galactic didn't have much to say on the subject of profits, it did have other news to pass on.

For instance, on the subject of how it intends to pay all those bills that have been stacking up. With no cash coming through the doors from operations, and cash reserves falling to $360 million during the quarter, Virgin announced this week that it will issue and sell 20.5 million new shares of common stock, aiming to generate gross proceeds before fees of "approximately $460 million" -- or about enough cash to fund another couple years of operations at the company's current cash-burn rate (which is $244 million, according to the latest data from S&P Global Market Intelligence).

At the time, that seemed like a reasonable assumption. But Virgin Galactic's stock price has fallen nearly 20% since it reported earnings. At a recent share price of $19 and change, 20.5 million shares sold is only likely to yield about $400 million for the company.

Still, combined with the $360 million already in the bank, that should suffice to keep the doors open and the lights on for the next three years.

But will even three years be long enough to keep Virgin afloat as it works to get its space planes into the air and generating revenue for the company? One would certainly hope so! After all, in past pronouncements, Virgin Galactic has stated with some assurance that it expected to be flying commercial passengers to space before 2020 is over -- and to earn its first profit in 2021.

But that brings us to the other big reveal of this week's earnings report: Virgin Galactic's CEO, who had been planning to fly aboard the company's VSS Unity spaceplane later this year before admitting paying customers on board, now thinks a first flight in 2021 is more likely.

Specifically, the company's plan is to: (1) fly one more piloted test flight in the fall, with no passengers aboard, then (2) conduct a second test flight carrying both pilots and four company "mission specialists," and then (3) finally give Sir Richard Branson his first flight "in the first quarter of 2021." Only after that has happened will Virgin Galactic permit the 600 "Future Astronauts" who have reserved flights aboard VSS Unity to fly.

How long will it take for Virgin Galactic to fly enough passengers, and collect enough revenue, to begin offsetting its costs and generating the promised profit? One year? Three? More? Management didn't make any new promises on that subject this week.

And given how the calendar keeps getting pushed back, maybe that's for the best.