Comparable-store sales jumped by approximately 18% in the second quarter, which should result in adjusted earnings per share of $0.66 to $0.70. Analysts are currently modeling for the shoe retailer to lose $0.60 per share on an adjusted basis. 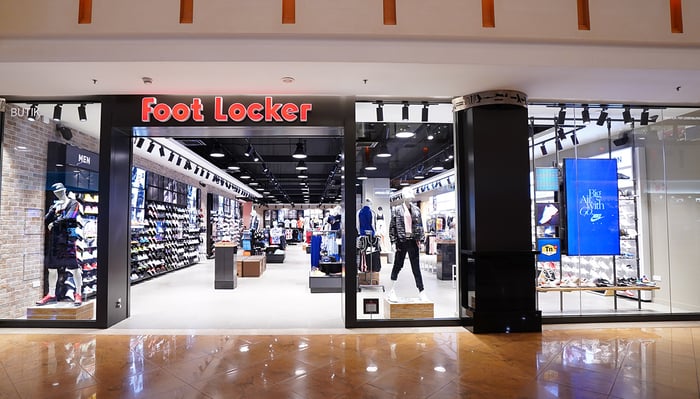 Foot Locker will incur $19 million in pre-tax charges associated with the wind down of the Runners Point banner, as well as its Eastbay restructuring announced earlier this year. The company also said it was taking an $18 million hit in costs related to social unrest. On a GAAP basis, which includes those one-time items, that should all translate into earnings per share of $0.38 to $0.42.

"As we continued to reopen stores throughout the quarter, we saw a strong customer response to our assortments, which we believe was aided by pent-up demand and the effect of fiscal stimulus," CEO Richard Johnson said in a statement. "This fueled our in-store sales and also drove continued momentum across our digital channels."

CFO Lauren Peters noted that gross margin was under pressure due to changes in the channel mix and promotional activity. Foot Locker had previously withdrawn its full-year 2020 guidance and is not reinstating any outlook due to ongoing uncertainty related to the pandemic, particularly around the back-to-school season, sports leagues, and government stimulus.