The apparel maker's current HR executive is retiring, but the footwear leader is experiencing internal upheaval of its own.

The owner of Calvin Klein, Izod, and other name brands is poaching Nike's (NKE 0.12%) executive officers for new hires. PVH (PVH 4.12%) announced it had hired Julie Fuller as its new human resources chief, beginning on January 1, taking over for the current executive, who will retire at the end of 2020 after 18 years with the apparel company.

Fuller, who currently serves as Nike's VP of global talent and organizational effectiveness, but who previously was the company's North American HR rep as well as holding similar titles at Avon and PepsiCo, will join PVH next month before transitioning into the new role. 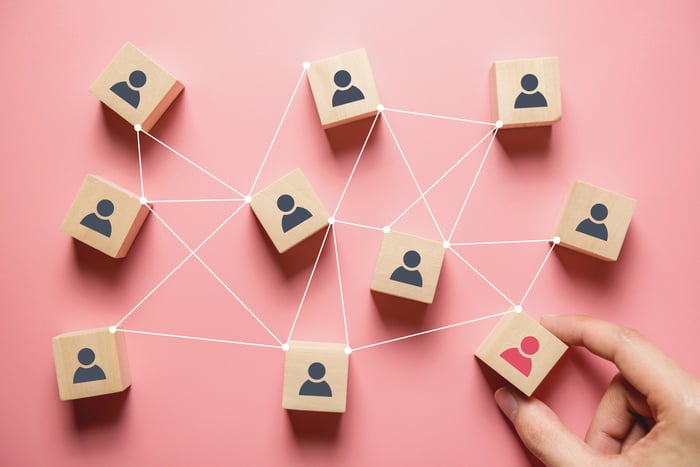 A time of transition

PVH is undergoing some upheaval due to the coronavirus pandemic, announcing last month that it was firing 450 employees in its Heritage Brands retail segment, or 12% of its workforce, as it planned to close for good 162 outlet stores. The Heritage Brands unit comprises Izod, Van Heusen, several Kenneth Cole and Michael Kors brands, and DKNY.

PVH president Stefan Larsson said of Fuller in a statement, "Her expertise in HR, talent and leadership development, organizational effectiveness, and associate engagement, as well as her experience in championing inclusion and diversity, will be incredible assets to PVH."

Nike, though, which thrives on controversy, recently experienced some of its own after an anonymous group of Black employees began posting on Instagram their experiences at Nike, suggesting a less inclusive atmosphere than what the company likes to portray.

The account where employees were allowed to share their grievances was quickly taken down, though Nike denies having a hand in the account's removal.

PVH's current HR head will be carried for an additional year following his retirement as he serves in an "advisory capacity" to the company until his final separation.