A brutal second quarter had investors selling yesterday. Others see an opportunity to buy now.

Shares of Jumia Technologies (JMIA 12.47%) were up 5% at 2:54 p.m. EDT on Thursday, having lost a little momentum after spending most of the morning up by double digits. Today's rally comes after yesterday's brutal sell-off, when shares closed down more than 20% following the company's second-quarter earnings release.

Jumia, the e-commerce start-up looking to become the first mover in Africa's biggest markets, reported second-quarter earnings that fell well short of many investors' expectations. The company had a 10% revenue decline, surprising many people who expected every e-commerce company to be reporting big growth. 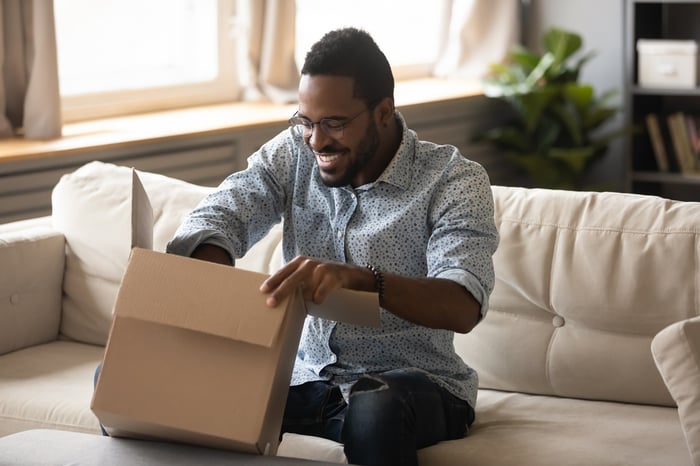 That's doubly true for Jumia, which is viewed as a leader in the markets it operates in, with a last-mile distribution network to fulfill orders.

To wit, analysts are starting to look favorably on Jumia for its scale and first-mover advantage, raising price targets for the stock as the company leverages that infrastructure and focuses on its role as a marketplace, not a seller.

Wall Street analysts actually expected Jumia's revenue to fall, as it shifts its business model away from being a seller and onto being a marketplace for other merchants. Analysts were looking for revenue to fall closer to 20%, so the decline of "only" 10% was actually better than expected.

Moreover, Jumia reported some positive metrics based on the shift in the business model. While direct revenue fell sharply, third-party marketplace revenue was up 38%, and orders increased 8% in the quarter, and the active customer count increased 40% year over year. Jumia's digital payments platform, JumiaPay, also showed strong growth, with payment volume up 106%.

Now to the downside: Jumia continues to consume cash, reporting an operating loss of 37.6 million euros ($44.2 million). That's a 44% smaller operating loss than last year, but the company is still burning cash at a rate that investors need to watch closely. The reality is, Africa is still very early in the retail transition to e-commerce, and there's opportunity but also very real risk.

At the six-month burn rate, Jumia has about a year's worth of working capital; but at last quarter's rate, things look much better, and that gives Jumia a bigger margin of safety to build the scale it will take to generate positive cash flow. But as long as it's a cash-flow business, there's significant risk that investors could experience a permanent loss of capital. Invest according to your ability to absorb those potential losses.