Shares of online used-car sales platform Vroom (VRM -4.51%) were down sharply on Thursday, after the company provided bleaker-than-expected guidance with its second-quarter earnings report.

Vroom reported its second-quarter results after the U.S. markets closed on Wednesday, and the report wasn't quite what analysts had expected. While Vroom's adjusted net loss of $0.34 per share and revenue of $253.1 million were both better than Wall Street's consensus expectations (which had called for a loss of $0.70 on revenue of $234.94 million), Vroom's guidance for revenue in the third quarter fell short. 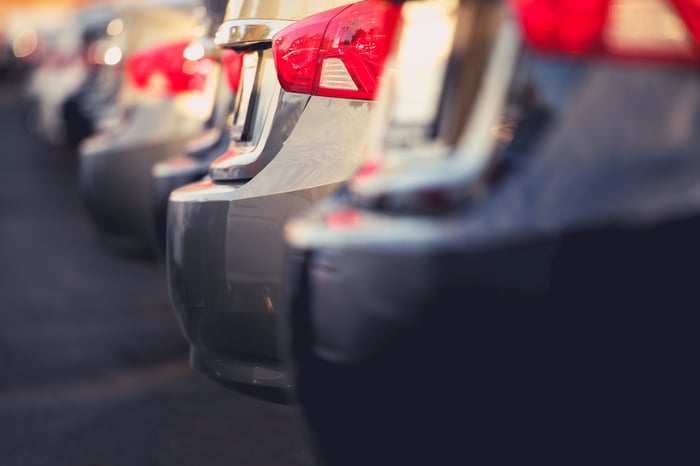 Vroom said that auto investors should expect its third-quarter results to fall into these ranges:

The ranges for gross profit and net loss per share weren't out of line with expectations, but Wall Street analysts polled by Refinitiv had expected Vroom's third-quarter revenue to come in at $344.6 million, on average. That's why the stock was selling off on Thursday.

Despite the disappointing revenue guidance, at least two analysts saw enough to remain bullish -- and said so in new notes on Thursday.

Wells Fargo analyst Zachary Fadem boosted his price target for Vroom to $76 from $65, while maintaining the equivalent of a buy rating. Fadem thinks that Vroom's guidance might turn out to be conservative, but acknowledges that it may take some time for investors to refocus on Vroom's longer-term story.

Wedbush analyst Seth Basham also maintained a buy rating and raised his price target (to $80 from $75), saying that Vroom's first quarterly results as a public company validated its business model, as it was able to scale back quickly as demand fell at the beginning of the quarter, and then recover just as quickly as sales picked up in May.

It's Time to Accept the Doom and Gloom With Vroom

Why Vroom Stock Fell More Than 12% in November