Like AMC, Cinemark plans to reopen theaters before the month is out.

Just one day after movie theater operator AMC Entertainment (AMC -7.43%) announced a grand reopening of its theaters scheduled for Aug. 20 (and another for Sept. 3), rival theater chain Cinemark Holdings (CNK 0.24%) announced a date of its own -- and gave itself a head start in attracting moviegoers. 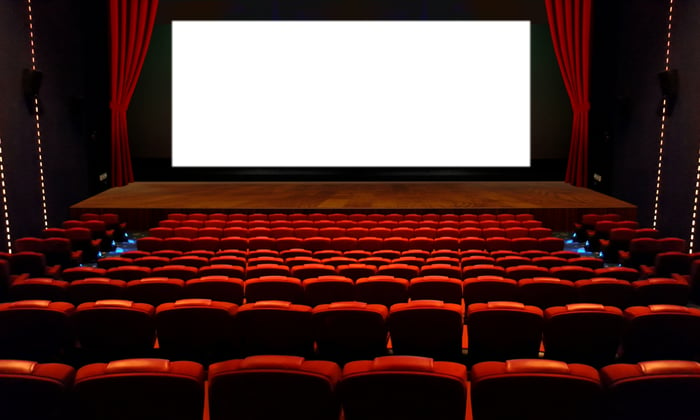 Beginning Aug. 14 and continuing through Aug. 28, Cinemark says it will conduct a "phased reopening" of its theaters.

Like AMC, Cinemark will initially be showing older films such as The Empire Strikes Back and Jurassic Park. As the reopening progresses, Cinemark will roll out viewings of Unhinged (Aug. 21), followed by The New Mutants and The Personal History of David Copperfield (Aug. 28), and Tenet (Sept. 3).

Matching AMC's prices, Cinemark will sell tickets to the classic films for $5 a pop -- and actual pop and popcorn will be available at "greatly reduced pricing" to help bring the crowds back.

AMC shares tracked Cinemark up, but only 4.3%.