The hybrid gaming platform is quickly moving up the ranks of the gaming company's most popular systems.

Global demand for Nintendo (NTDOY -1.01%) is so great for its Switch hybrid mobile game console that it is reportedly asking suppliers to produce enough components for 25 million units this year, 3 million more than it had asked them for just four months ago.

A combination of stay-at-home orders due to the coronavirus pandemic and massively popular exclusive game titles like Animal Crossing: New Horizons and Mario Kart 8 Deluxe created shortages -- first of the Switch console, then the Switch Lite, which differs primarily in not being able to be connected to a TV. 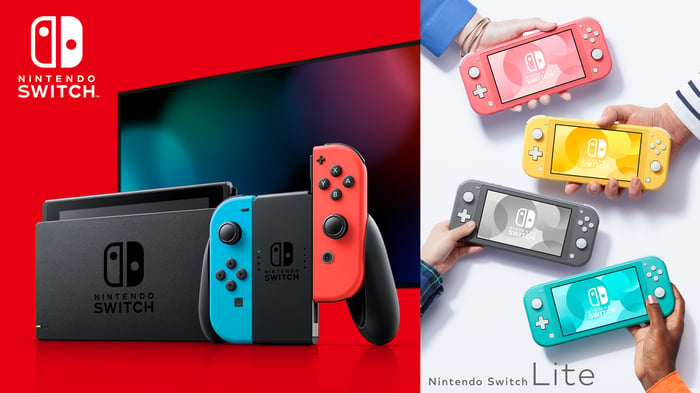 But investors might want to keep a close eye on Switch's components suppliers, as they too should benefit from Nintendo's request to produce millions more devices. It has upgraded both software and hardware since the Switch was originally produced to improve performance and battery life, and the following semiconductor stocks play key roles in the Switch's success.

The wireless chipsets in the Switch for wireless Bluetooth were originally Broadcom designs, but Cypress Semiconductor acquired them when it bought the chipmaker's Internet of Things business several years ago. However, Infineon (IFNNY 0.14%) is now the new owner, since it completed its acquisition of Cypress this past April for $10 billion.

The microcontroller and connectivity division of Cypress, where these chips reside, was the most important part of the company's business, accounting for 72% of its $2.2 billion in annual revenue. Infineon, though, generates around $9 billion annually, suggesting Switch components might not move the needle too much.

That means there are many products across numerous industries that contain Maxim's components, particularly automotive, its biggest segment accounting for 28% of revenue. The consumer market, of which gaming devices is just a small component, represented 18% of revenue.

The Tegra X1-based system-on-a-chip CPU from NVIDIA (NVDA -0.66%) has been central to the Switch, but the recent upgrade Nintendo made to the console was to include NVIDIA's new 16-nanometer chip instead of the older and less efficient 20-nanometer chip.

The Tegra processor segment of NVIDIA's business, which also included its Shield and AGX artificial intelligence computing platform, comprised 13% of its annual revenue last year, but with the first quarter of 2020, NVIDIA reorganized its segments into graphics and compute & network, so that sussing out Tegra's contribution is no longer so easy.

STMicroelectronics (STM -1.47%) provides the Switch with a 6-axis accelerometer and gyroscope sensor and a custom touchscreen controller. There's also an STM microcontroller in the docking station.

A teardown of the Switch also finds Texas Instruments (TXN -2.32%) is providing a battery charger for the console and a DC-to-DC converter in the charging station. There's also a battery charger in the Joy-Con controller accessory.

Many of the companies also have their chips and components in the charger and Joy-Cons, as well as make an appearance in the Switch Lite. No need to mess with what's working.

How to play the Switch

The incredible popularity of the Switch, Switch Lite, and the games that are exclusive to the consoles (not to mention those that aren't proprietary to the platform) are sure to benefit all those companies that helped build it.

Yet even Nintendo boosting demand to 25 million units isn't going to make much of a mark in their business, if only because their components are also so broadly distributed over other devices and industries. That means investing in Nintendo is still the best way to capitalize on the outsized growth of the gaming platform.

While Nintendo is apparently selling the console at a loss, based on the cost of its components, in true razor-and-blade fashion, the consumer electronics giant is making up the difference on the games and accessories that go with it -- and it looks like a strong growth trajectory that it's on.