Another downturn may be coming, but you shouldn't lose sleep over it. Here's why.

When the pandemic-inspired crash sent stock values plummeting in back in March, investors endured some of the rockiest weeks in stock market history. There's usually a lot more buildup to a stock market crash in which investment values drop 20% or more. Due to the unprecedented nature of the novel coronavirus, March's bear market was much more sudden and extreme.

Thankfully, the stock market has recovered nicely. At this point, investors who saw their portfolio values tank earlier in the year have largely been made whole. Still, there are those who wonder whether there's a second, and even more brutal, stock market crash in store for the latter part of 2020. And the reality is, we just don't know.

While there's clearly been a major disconnect between the stock market and the general U.S. economy over the past few months, bad news on the COVID-19 vaccine front could easily send stock values into a free fall again. And let's also not forget that it's an election year, and the market could react unfavorably in November -- though perhaps not in the same way it might if the most promising COVID-19 vaccines in the pipeline are proven unsafe or ineffective. 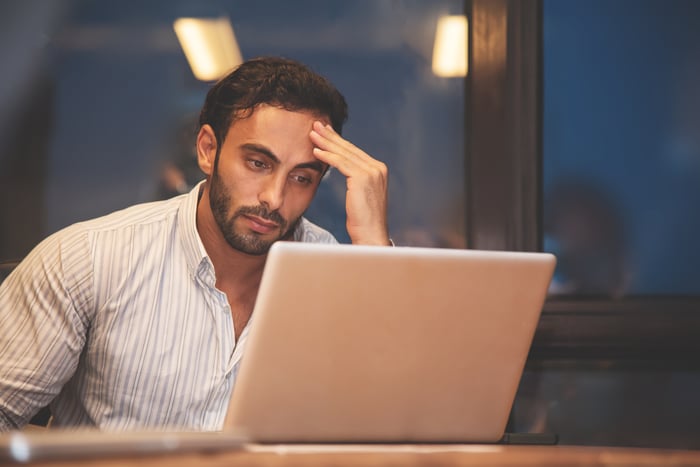 But despite all of the uncertainty that abounds, it still doesn't pay to expend mental energy worrying about a second stock market crash in 2020. Here's why.

Bear markets -- a prolonged market period in which stocks lose 20% or more of their value -- are fairly common. There were 25 between 1929 and 2009. While some bear markets during that time lasted over 400 days, others lasted as little as 62 days. March's bear market is already over, meaning it was relatively short. If the market tanks again later this year, it might recover fairly quickly.

It's possible to prepare

While you may not have the power to predict the future, you do have the ability to prepare for another crash so that you're able to survive it unscathed. For starters, have around six months' worth of essential living expenses in an accessible savings account. That way, if you lose your job, you won't be forced to tap your investments and potentially liquidate some at a loss. Secondly, make sure your portfolio is well-diversified. Since the market is up right now, it's a good time to make changes. Finally, have extra cash on hand to invest. When stock values decline, you have a real opportunity to not only avoid losing money, but also to actually make money by adding to your portfolio.

It's fair to say that 2020 has been a year unlike any other, and it's impossible to tell how the next four months and change will shake out. But rather than worrying about a stock market crash, remember that if a downturn occurs, like the pandemic, it, too, shall pass.