Kismet Acquisition One is an interesting way for investors to access the Russian market.

A special purpose acquisition company (SPAC) is a publicly traded shell company that raises capital with the intent of taking a private company public. Lately, many private companies have gone public this way because the SPAC structure allows them to hit the markets more quickly. Also, strong investor interest in SPACs has provided strong demand for companies that have taken this route.

As more SPACs go public, investors now have a unique opportunity to invest in a SPAC focused on the Russian market.

Kismet Acquisition One (KSMT.U) completed its initial public offering (IPO) in early August, raising $250 million from investors. The company intends to acquire a Russian-based company in the telecom, internet, or consumer goods industry. Kismet looks to leverage its chief executive's background in these industries in order to identify an interesting target company and create value for investors. 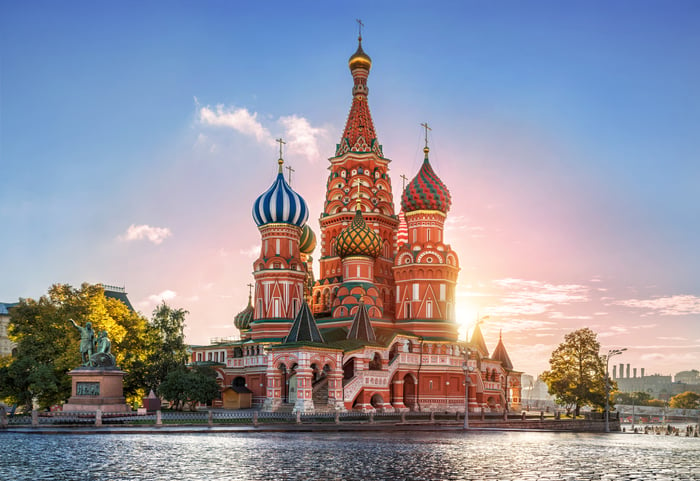 What is Kismet Acquisition One?

Ivan Tavrin founded the Kismet Acquisition One SPAC and serves as its CEO. Tarvin is a storied Russian investor and entrepreneur with an extensive background investing and running telecom, technology, and consumer companies.

Tavrin founded UTH Russia, one of the largest independent media companies in Russia, and has also done business with multinational corporations including Walt Disney. Between 2007 and 2009, Tavrin built Media-One Holdings Limited, which owned 35 television stations and Vyberi Radio -- which owned 55 radio stations across Russia after having acquired stations in more than 20 Russian cities. It's safe to say that Ivan Tavrin knows his way around the telecom and media industry.

However, successfully running a SPAC requires more than just having investment expertise in a sector. Tavrin has experience running publicly traded companies. In 2012, he led the IPO of MegaFon, the second-largest telecom company in Russia, on the London Stock Exchange. At the time, Tavrin served as CEO of MegaFon, and the company achieved a market cap of $11.1 billion. This experience will be useful as Kismet Acquisition One deals with investors in the U.S. public market in its forthcoming deal.

Ivan Tavrin is a proven Russian media mogul and the ideal person to run a SPAC focused on acquiring a Russian telecom, media, or consumer company and then run it in the public market. However, investors need to be interested in gaining exposure to the Russian market for the Kismet Acquisition to resonate.

Regarding Kismet Acquisition One, investors need to be comfortable with owning a Russian company and gaining exposure to the Russian economy. Granted, this SPAC won't be for everyone.

Russia offers attractive investment opportunities for enterprising investors, especially when it comes to the tech and telecom industries. One notable opportunity identified by Kismet Acquisition One is the need to invest in Russian wireless infrastructure. Russia has seen internet penetration rise as more consumers own smartphones with online browsing capabilities. Improvements to cellular connectivity such as 5G could open up valuable telecom and media possibilities.

Depending on what Kismet Acquisition One acquires, there could be some unique geopolitical considerations. Media and technology companies in Russia have a different relationship to the government, and in some cases, the Russian government has exercised influence over private companies. Understandably, that may not sit well with some Western investors, and it is still too early to really know what kind of regulatory regime the newly public company will be subject to.

Investors should be aware that investing internationally has implicit currency and geopolitical risks. While the Kismet Acquisition One SPAC trades on the Nasdaq and the stock is denominated in U.S. dollars, the operating company will most likely generate revenue and earnings in the Russian ruble. If the ruble loses value against the dollar, investors could see the value of their stock decline even if the business is performing well in local-currency terms. Of course, investing in foreign companies also serves as potentially interesting diversification in an investment portfolio -- if the dollar weakens in the coming years, having more foreign currency exposure may be a blessing. 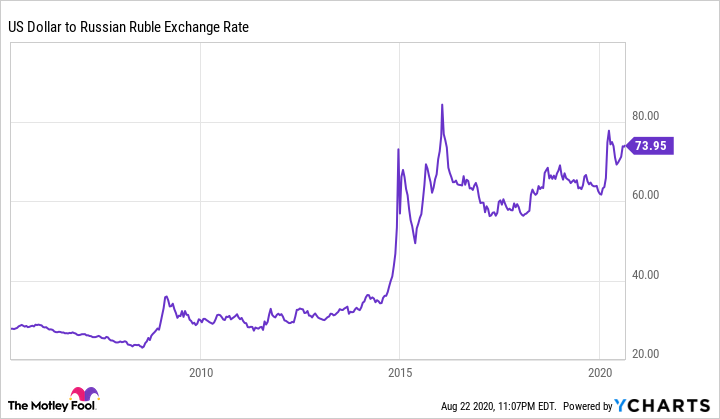 US Dollar to Russian Ruble Exchange Rate data by YCharts

It's also noteworthy that the Russian financial markets are less developed than the American and Western European markets. Historically, Russia has had limited access to capital -- specifically, private equity capital. There are only three publicly traded internet companies in Russia, because the vast majority remain private. This creates an obvious opportunity for a SPAC like Kismet to make investing in the sector more accessible for public investors.

2020 has been a record-breaking year so far for SPACs. Over 55 of them have IPO'ed this year, raising over $22 billion. Kismet Acquisition One is an example of an interesting SPAC for investors to consider. It's led by a seasoned Russian investor and entrepreneur and is targeting industries with significant growth potential. Gaining exposure to the Russian market could be interesting geographic diversification. Investors should be aware, however, that there are geopolitical and currency-translation risks involved.