High leverage and potential liabilities to former parent Honeywell have forced the transportation systems supplier to look into restructuring its balance sheet.

Shares of Garrett Motion (GTX 1.88%) plummeted more than 40% in trading on Wednesday, after the transportation systems supplier announced it may need to restructure its balance sheet. As of 11:30 a.m. EDT, the stock was down a whopping 42.08%.

It has been a rocky road since the company was spun off from parent Honeywell (HON 0.78%) in 2018. Garrett sued Honeywell in 2019, alleging it was forced into an overly burdensome agreement with its former parent over asbestos liability payments.

The latest news follows production suspensions and other impacts related to the COVID-19 pandemic, leaving current investors wondering whether any value will be left. 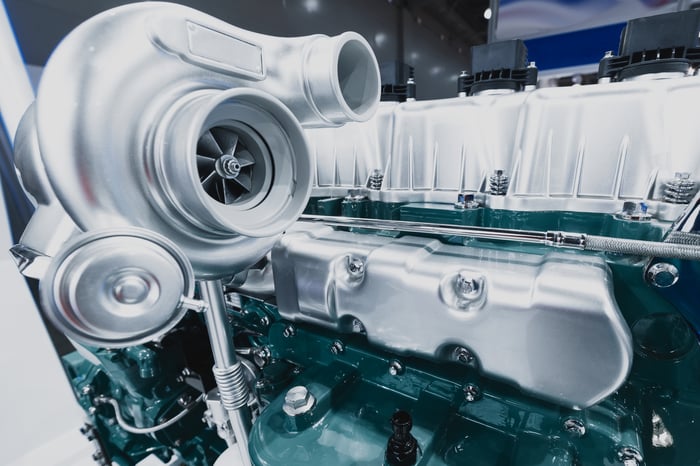 The supplier of turbochargers and other automotive technologies announced it needed to amend its agreements with creditors in June 2020. At that time, it said its high leverage would not allow it to meet its debt covenants, and it reached an amendment agreement with its lenders for two-year relief to sustain its liquidity.

Despite the credit agreement amendment, Garrett says its leverage ratio will remain high for at least the next several quarters. It said it "poses significant challenges to its overall strategic and financial flexibility" and may impact its ability to remain competitive.

Though the ongoing legal battle with Honeywell has delayed further payments to its former parent, Garrett said those potential liabilities and the high leverage "create a substantial additional overhang on Garrett's balance sheet and impede Garrett's access to capital and its ability to execute its strategy."

The company believes the business itself is strong, saying its business prospects remain "compelling." But today it warned investors that any action it may take to restructure the balance sheet "may materially reduce the value or trading price of our common stock." Some investors aren't waiting around to find out how that plays out.