In many respects, Intel (NASDAQ:INTC) stock hasn't really recovered from the decline of the PC. Even as its peers made adjustments and moved on to success in other areas, management turmoil for the large semiconductor manufacturer and the loss of its competitive edge on its biggest product has hampered Intel stock growth.

However, amid some clearly bad news during the most recent earnings report, Intel also still managed robust revenue and earnings growth. Moreover, its size means it remains a force among chip stocks. Given these facts, current and potential Intel investors may want to consider whether the market has punished this stock too harshly.

The state of Intel

Admittedly, Intel's PC problems are real and need addressing. PC-related stocks such as NVIDIA (NASDAQ:NVDA) and Microsoft managed the issue by migrating to new business lines that allowed them to return to prosperity and adapt to today's changing tech world. Although Intel has pivoted some operations to data centers and 5G applications, it has not enjoyed the success of its PC-era peers. 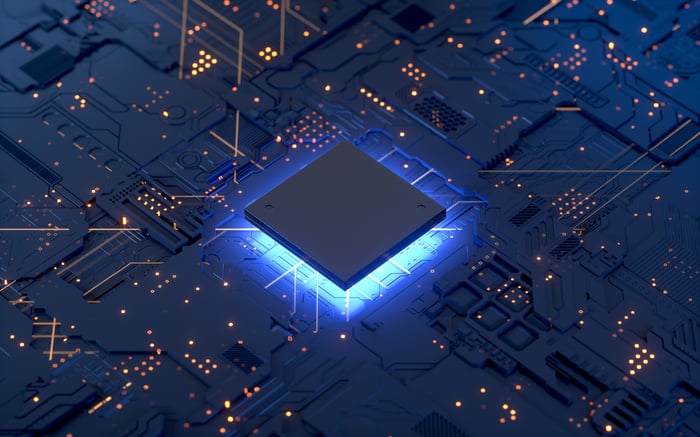 Even more painful are the competitive losses Intel is making to Advanced Micro Devices (NASDAQ:AMD). The rival that Intel dominated for decades managed to gain a technical lead over the chip giant through product development advances. For example, AMD has already released a 7nm chip that is well-reviewed and a competitive advancement over Intel's current 10nm chip offering. As most Intel followers know, Intel's recently announced further delay of its own 7nm chip offering led to the latest market sell-off of company stock.

Intel has had some other self-inflicted wounds as well. Security flaws in 2019 related to chip design caused some damage to the company's reputation. Moreover, a personnel scandal abruptly ended the tenure of CEO Brian Krzanich in 2018.

Then there's the fact that Intel, which use to pride itself on doing all chip fabrication in-house, is considering outsourcing some production to third-party production specialists like Taiwan Semiconductor. This is a significant strategic shift for the company that lost its title as the world's largest semiconductor company to Samsung.

However, looking at the numbers, Intel produced a strong report. Despite setbacks, Intel's second-quarter revenue increased by 20% year over year. Moreover, adjusted earnings per share increased by 16%. Massive gains in both its data center and memory chip businesses drove most of the increase. This also exceeded the revenue growth rates of both Apple and Microsoft. Intel also came out ahead of NVIDIA on earnings increases under generally accepted accounting principles (GAAP).

Additionally, for all of the negative sentiment surrounding Intel, investors should take note of its size relative to its peers. Revenue for the quarter came in at $19.7 billion. This is more than 10 times the $1.93 billion in revenue reported by AMD.

The 7nm chip delay led to the stock losing more than 16% on the trading day following this announcement. Intel stock has seen little movement in the month since then. 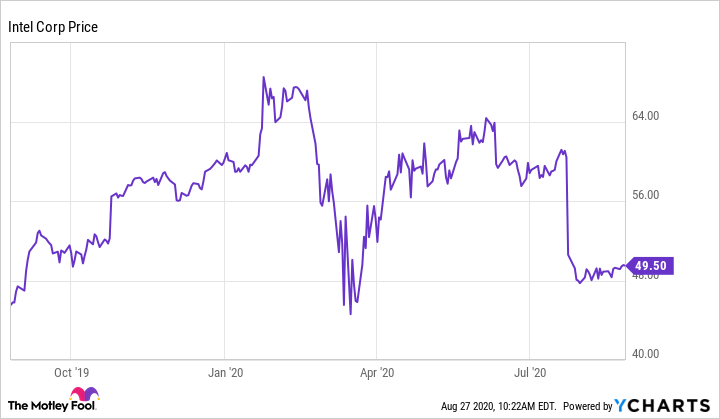 The plunge took Intel's forward P/E ratio to just below 11. Admittedly, Intel's stagnant income growth over the last two years means it does not deserve the higher valuations currently commanded by AMD or NVIDIA. Still, with AMD's and NVIDIA's forward multiples at about 79 and 59, respectively, one has to wonder if Intel's valuation has fallen too far.

Moreover, the plunge in Intel stock has dramatically increased the dividend yield. The current dividend of $1.32 per share returns almost 2.7%. That stands well above the S&P 500 average yield of around 1.7%, as well as the payout returns of both Apple or Microsoft. Additionally, the payout has risen in every year except one since 2004.

Investors will likely see more annual payout hikes in the future. The dividend payout ratio, that is, the percentage of net income paid out in dividends, only amounts to about 24%. Despite its struggles, this leaves room for Intel to distribute more cash to investors without undermining research and development.

Intel remains a troubled company. Given the struggles with competitors and profit growth in past quarters, one can see why Intel trades at a much lower multiple. Nonetheless, the company still outsells its closest peers by a wide margin. Also, it now pays stockholders a substantial cash return while they wait for a recovery.

And at its current multiple, it is not likely to fall much lower. If Intel could gain market leadership, it would probably trade at much higher levels.