Broad gains by more than 400 of the index's stocks more than made up for a bad day for Apple and the oil patch.

The biggest loser today was Diamondback Energy (FANG -4.03%), with shares down 5.6%. Of the 20 worst-performing stocks in the S&P today, 12 were oil companies. 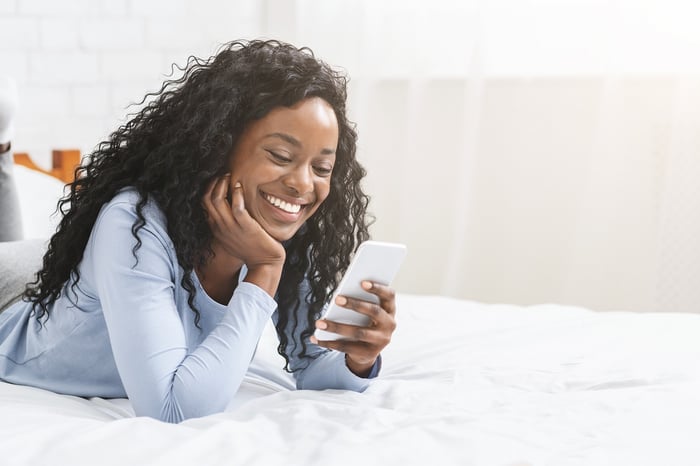 Is Apple taking a break before the next surge higher? Image source: Getty Images.

Coming out of the best month for stocks since April and one of the best Augusts for the S&P 500 in decades, stocks have continued to march higher. Today's S&P 500 gains were broad and deep, with more than 450 of the 505 stocks in the index gaining today.

The two biggest gainers were DXC Technology (DXC 2.60%) and Brown-Forman (BF.B -0.51%), up 11.6% and 10%, respectively. DXC announced a private reinsurance company had selected the company's technology to support its growing reinsurance business, using DXC's platform that is tailored specifically for the reinsurance industry.

Brown-Forman shares surged after the company reported quarterly earnings that soundly beat expectations. Net income almost doubled to $0.67 per share from last year's $0.39, while revenue declined 2%, a better-than-expected result with its major distribution points like bars, casinos, sporting events and concerts largely still shuttered in most of its markets.

But for the most part, stocks marched higher on expectations that Congress, which is returning from summer recess, would finally get together on economic stimulus to prop up an economy that's still deep in recession.

Investors also seem to be resting their hopes on the prospects for a vaccine for the coronavirus sooner rather than later. The U.S. Centers for Disease Control and Prevention is urging states to remove a barrier to quick distribution of a vaccine as soon as Nov. 1, which just so happens to be right before the presidential election. The Trump administration wants states to speed up building permits and other state-level regulations to allow McKesson, which is contracted with the federal government to distribute a vaccine once available, to quickly build out the necessary infrastructure to handle the capacity.

The U.S. government has purchased the rights to acquire more than 1.5 billion doses of potential vaccine candidates, by far the most of any nation on Earth. The race is on to bring those vaccines to market, and the CDC will face enormous pressure from the administration to approve candidates quickly, and with far less time under clinical studies than any vaccine in the regulatory agency's history.

The only sector with more stocks to lose value than gain was the energy industry, following the weekly petroleum supply report from the U.S. Energy Information Administration sent crude prices plummeting. Joining Diamondback on the move lower were Marathon Oil (MRO -2.20%), Apache (APA -2.40%) and EOG Resources (EOG -2.00%), all down 3%.

Today's sell-off was driven by the weak outlook for U.S. oil demand as the peak summer driving season comes to an end. Last week, gasoline consumption remained weak, with refiners supplying 8.9 million barrels per day, about the same as every week for the past couple of months, and down 9% from last year's levels. As a result, crude prices spent most of the day trading down nearly 3%. Key U.S. benchmark West Texas Intermediate deliveries for October were at $41.58 per barrel, a level that's unprofitable for many U.S. oil producers.

This bodes poorly for U.S. oil producers as we move later into the year and auto travel falls from the seasonal peak in the summer. That's particularly true as the coronavirus pandemic continues to weigh on travel, with millions of workers still telecommuting and keeping air travel at decade lows. Adding to the risk for oil producers is that many will face the expiration of oil hedges, contracts that secure a minimum price for much of their oil production that's been far higher than market prices the past six months.

2020 has been a remarkable year for Apple investors. At today's close, shares were up 79% for the year, and the company has smashed market cap records for a U.S. company. Today's move lower is probably best explained as some profit-taking after the remarkable run higher, along with some impact from news that a long-running yet minor (for Apple) lawsuit wasn't going in Apple's favor.

With the holiday season just around the corner, expectations for Apple remain very high. The company is telling its suppliers they'll need components to make upwards of 75 million iPhones by year's end. That's in line with what it sold last year but lower than the expectations for many analysts, who see the new line of 5G-enabled phones as a fueling a potential iPhone upgrade "supercycle" over the next year.