Shares of Alcoa (AA) jumped 12.5% in the month of August, according to data provided by S&P Global Market Intelligence, extending their rally from July. While better-than-expected second-quarter numbers lifted the stock higher in July, President Donald Trump set the aluminum giant's shares on fire last month.

On August 6, Trump delivered a speech at a Whirlpool manufacturing plant. The biggest takeaway from his speech was about tariffs. The President decided to slap tariffs on aluminum imports from Canada barely a year after lifting them.

Trump said he had withdrawn the tariffs in return for a promise that Canada would not flood the U.S. with aluminum and kill jobs, but the Canadian government broke its commitment. 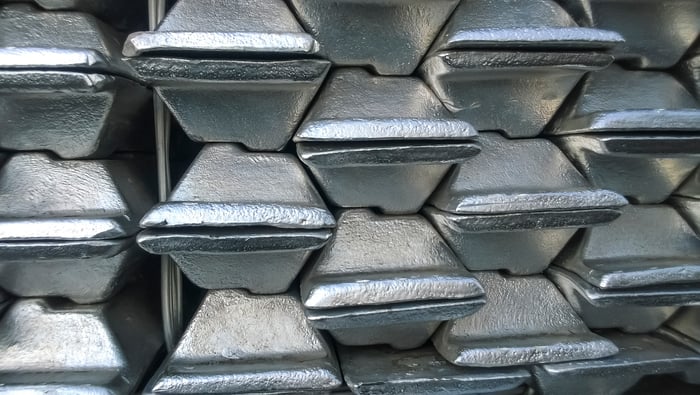 In a proclamation, Trump stressed that imports of non-alloyed, unwrought aluminum, or unprocessed aluminum in the form of ingots, slabs, and blocks with 99% aluminum content, from Canada surged 87% between June 2019 and May 2020 versus the comparable period, and "exceeded the volume of any full calendar year in the previous decade." The proclamation revealed that Canada is the largest exporter of non-alloyed, unwrought aluminum to the U.S.

This surge in imports from Canada, therefore, compelled Trump to reinstate 10% tariffs to defend the aluminum industry in the U.S. and protect its "national industrial base."

Alcoa, on the other hand, has been vocal about its dislike for tariffs and believes Trump's move will distort the aluminum industry further. During Alcoa's second-quarter earnings call, management reiterated how it prefers fixing "the root problem," including overcapacity in China.

When all is said and done, there's no denying that Alcoa should also benefit from any tariffs on aluminum imports, which is what investors in the stock are interested in.