Shares of Alcoa (NYSE:AA) rose by 54% November, according to data provided by S&P Global Market Intelligence. And that wasn't the end of the aluminum giant's rally: It's already up another 8.2% in December as of this writing.

Until the end of October, the market wasn't too sure about Alcoa's prospects. Although the company reported strong numbers for its third quarter in the middle of that month, its debt rose even as management projected a challenging fourth quarter. A high debt burden has been one of investors' biggest concerns regarding Alcoa. As of Sept. 30, its debt had ballooned to $2.5 billion, up a whopping 41% from where it ended 2019.

Alcoa's management, however, expressed optimism about its end markets, especially after it realized higher pricing in alumina and aluminum in Q3, which drove its revenue up 10% sequentially and helped it narrow its sequential losses by nearly 75%. 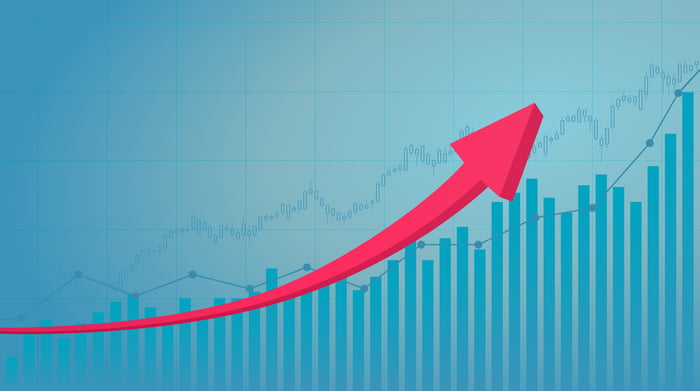 Unsurprisingly, the market bid Alcoa shares up as aluminum prices on the London Metal Exchange rose by 10.9% and hit a two-year high in November. Strong demand for aluminum from China and a broader rally in the stock markets after drugmaker Pfizer announced high efficacy for its COVID-19 vaccine candidate were some of the catalysts. Investors' hopes that a major infrastructure spending plan will finally take concrete shape under the Biden administration added buoyancy to the share price.

On Nov. 30, Alcoa provided investors another big reason to cheer when it announced a deal to sell its rolling mill business to Kaiser Aluminum (NASDAQ:KALU) for $670 million, including $587 million in cash and the assumption of $83 million in liabilities. "The sale will achieve a key target in our strategy to focus on core markets while generating additional cash," said Alcoa CEO Roy Harvey. The deal is expected to close in the first quarter. In 2019, Alcoa outlined a strategy to raise $500 million to $1 billion in cash from the sale of non-core assets.

Assuming that it doesn't issue any more debt, the cash proceeds from the Kaiser deal should trim Alcoa's debt to below $2 billion. Pair that with its cash balance of $1.74 billion as of the end of the third quarter, and its balance sheet starts to look much stronger. With the aluminum market also firming up, the metal stock's bull run could stretch out further.