Please ensure Javascript is enabled for purposes of website accessibility
Log In Help Join The Motley Fool
Free Article Join Over 1 Million Premium Members And Get More In-Depth Stock Guidance and Research
By Rhian Hunt - Sep 9, 2020 at 10:23AM

The next chief executive will face multiple major strategic challenges.

Beverage giant Anheuser-Busch InBev (BUD -1.00%), brewer of Budweiser beer, among other brands, is on a mission to find new top leadership, as reported on Tuesday by The Wall Street Journal and other news outlets. Current CEO Carlos Brito will step down in 2021, according to sources, unless the lack of a suitable replacement forces him to occupy the post longer.

It's unclear whether the beverage company will choose an outsider to replace Brito following his 16 years in the office. The Financial Times suggests there is only one candidate, insider Michel Doukeris. According to CNBC, Bernstein Research said that while Doukeris is the most likely candidate by far, an outsider could also offer advantages and potentially be selected. 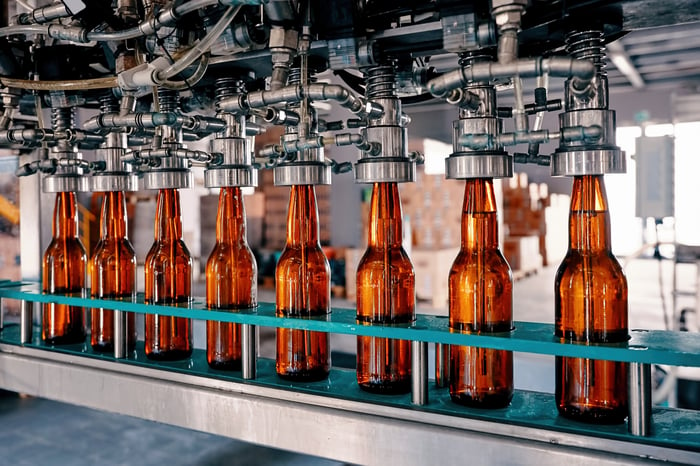 Whoever gets the CEO job will need to confront several major issues persistently plaguing Anheuser-Busch. While restaurant closures resulting from the coronavirus pandemic cut into the company's sales, beer sales to Americans (its most profitable group of customers) have been on the wane for much longer. The beer giant is also highly leveraged, with a net-debt-to-EBITDA ratio of 4.86 at the end of Q2 2020, and a debt-to-equity ratio of 155% as of June 30, up from 115% on Dec. 31, 2019, according to Macrotrends.

But the next CEO likely will have positive momentum to build on as well. Analysts forecast 11% annual earnings growth for the next half-decade thanks to Anheuser-Busch's two-pronged strategy of developing new takes on existing products, and revamping its product lines into more profitable premium brands. Both initiatives were begun under Brito.

Anheuser-Busch InBev has so far declined to comment on Brito's departure or a search for a successor.