A recent study reveals just how quickly TikTok is growing against its social media peers.

ByteDance's TikTok, known as Douyin in China, became one of the world's most popular social media apps by attracting over 800 million monthly active users in just four years with its database of short, user-created videos.

But that meteoric growth has also attracted more scrutiny, with critics claiming the app gathers too much personal data, and that its Beijing-based parent company is subservient to the Chinese government. Those suspicions, exacerbated by heightened political tensions with China, caused India's government to ban TikTok in June, and the Trump administration to ban the app's use in the U.S. by Sept. 20 unless significant operational changes are made.

ByteDance previously held talks to sell the overseas version of its app to Microsoft (MSFT -2.23%) and Walmart but recently walked away from Microsoft's bid in favor of a partnership with Oracle (ORCL -3.02%). However, that deal hasn't been approved by the U.S. government yet, and the Chinese government is still trying to block the sale with new restrictions on apps with AI technologies. 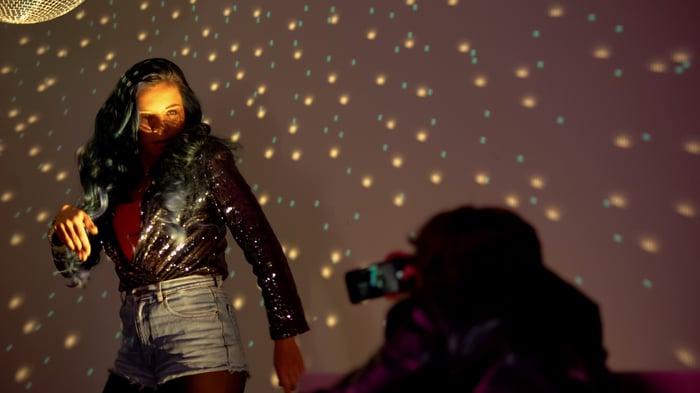 In short, ByteDance is stuck between a rock and hard place as its overseas business becomes a pawn in the escalating U.S.-China trade war. However, TikTok's ongoing pain could generate gains for Facebook (META -3.22%) and Snap's (SNAP -6.32%) Snapchat -- which are both growing at much slower rates than the Gen Z darling.

How much faster is TikTok growing?

Verizon (VZ -2.12%) recently compared TikTok to Facebook, its two apps WhatsApp and Instagram, and Snapchat in terms of estimated daily downloads over the past three quarters.

Verizon's findings, which combined data from research firm Sensor Tower, the iOS and Android app stores, and other sources, clearly indicate TikTok was growing faster than all four apps when it became a top target for the Indian government and the Trump administration.

Piper Jaffray's latest "Taking Stock with Teens" survey found that 85% of U.S. teens regularly engage with each other on Instagram, followed by 82% on Snapchat, 62% on TikTok, 41% on Twitter, and just 34% on Facebook.

If TikTok is completely banned in the U.S., some of its users might migrate to Instagram's new TikTok-like Reels feature or Snapchat, which allows users to share TikTok-like videos on its interactive Snap Map.

The benefits might be less significant for Facebook, which is more popular with older users, and WhatsApp, which appeals to users who want to send simple messages instead of viewing short musical videos.

The deal with Oracle could preserve the status quo

Facebook and Snap would probably be happy to see TikTok booted from the U.S. market. However, TikTok's new deal with Oracle could keep the app online.

The exact terms of TikTok's new "trusted tech partnership" with Oracle are vague, but Oracle will likely host TikTok's app and its user data in the U.S. That deal might strengthen Oracle's cloud business and address some security concerns about the app -- but it doesn't necessarily mean Oracle will partner with TikTok to expand beyond its core enterprise market.

Therefore, the deal will likely allow TikTok to continue operating normally -- and won't significantly shift the balance in its escalating battle with Facebook, Snap, and other social media apps.

Keep an eye on this evolving story

It's tempting to dismiss the TikTok drama as a temporary distraction in the broader trade war between the U.S. and China. However, its eventual resolution could affect Facebook, Snap, Oracle, and other tech companies -- so investors should keep a close eye on this evolving story.