It seems misguided on the surface, but there are some savvy upsides to the deal.

Verizon (VZ 0.92%) announced on Monday that it plans to acquire relatively small U.S. wireless brand Tracfone from America Movil (AMX -0.70%), for a little over $6 billion worth of cash and stock. But the decision aims the nation's biggest wireless player at a lower-value prepaid market that understandably hasn't seemed like a priority in recent years.

Circumstances are changing, however. While prepaid wireless customers are apt to remain at the lower end of the per-subscriber revenue spectrum, it's a piece of the market that now makes sense to target -- for three overarching reasons. 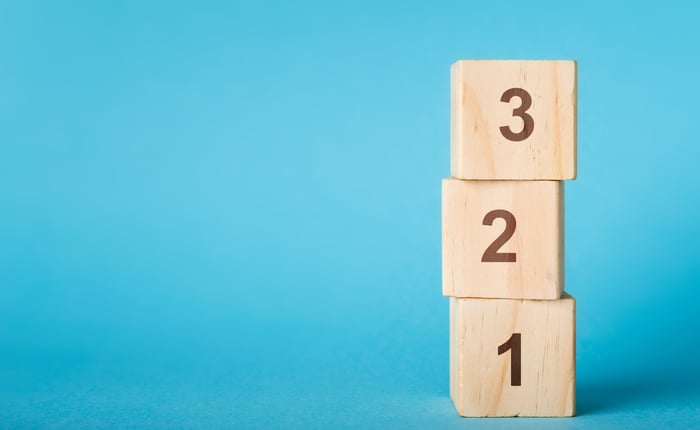 Verizon's new network could prove disruptive -- to itself

Prior to the advent of COVID-19, Verizon was working on converting its infrastructure from one that relied heavily on hardware to one that will largely be software-based. These networks are readily and remotely adaptable as technologies improve. It's a key reason 5G connectivity speeds are possible already. Verizon's move toward this virtualization was 60% complete as of late last year, with plans to have it 75% completed by the end of this year. It's not clear to what extent the coronavirus pandemic has crimped Verizon's progress, but it hasn't appeared to be a major hurdle.

It matters. Software-driven 5G networks allow for so-called "slicing" of network bandwidth, which not only gives operators greater flexibility in how they connect consumers to networks but also makes such virtualized access cheaper to utilize. Verizon even said as much last month after completing its first fully virtualized test connection, noting it will "lower the barrier to entry for new vendors in the ecosystem."

With the acquisition of Tracfone and the other brands under its umbrella, though, Verizon heads off much of this prospective competition.

Millions of prepaid customers are up for grabs

The prepaid market (consumers who buy their month and minutes upfront rather than pay a bill for recurring service after the fact) is bigger than you might think. There are on the order of 100 million prepaid wireless accounts active in the U.S. at any given time, some of which are served with a branded service from names like AT&T (T -0.25%)and Verizon. Others rely on so-called mobile virtual network operators such as Tracfone, Cricket, and Boost Mobile, which pay wholesale prices for access to major carrier networks.

That's not the compelling reason Verizon is making its play now, though. Prepaid pricing cuts put in place in June made the company's branded prepaid business attractive enough by lowering the average monthly cost between $5 and $15 for longer-term prepaid commitments. Rather, Verizon's strategy may be rooted in big disruptions that prompt several million of these consumers to check out alternatives to their current carriers.

One of those disruptions is the transfer of T-Mobile's (TMUS -1.32%) prepaid brand Boost to DISH Network (DISH -0.07%) as a requirement of T-Mobile's acquisition of Sprint. On the surface, those 9.3 million customers appeared to be cleanly passed off to DISH, and they remain plugged into the T-Mobile/Sprint network. They never asked to be DISH customers, though, and DISH doesn't have the network (a 5G network in particular), experience, or clout much bigger rivals do. Even before the divestiture was completed, consumers were frustrated that Boost lacked the phone inventory it needed. It would be easy for those prepaid customers to justify jumping ship (if they haven't already).

The impending launches of a 5G iPhone from Apple and new 5G phones from Samsung are also being seen as a means of poaching customers from other wireless services. Verizon CEO Hans Vestberg commented at a conference earlier this year that the advent of 5G and 5G phones would open the door to customer migration for about two years before becoming "pretty static." Smart providers are opening up all paths that may lead consumers to them during this turbulence.

Finally, while America Movil is clearly content to let go of its North American business that may be somewhat outside of its Central and South American wheelhouse, America Movil isn't simply dumping Tracfone on Verizon. Last year, this unit turned around $8 billion worth of revenue into EBITDA (earnings before interest, taxes, depreciation, and amortization) of $646 million. Through the first two quarters of this year, Tracfone has done a little over $4 billion worth of business and reported a total EBITDA of $429 million.

EBITDA margins of less than 10% may not be heroic. But, with more scale and increased utilization of Verizon's cost-efficient virtualized network, that figure could be improved. In the meantime, the deal is the least self-funding of any moderate growth initiatives Verizon wishes to put in place.

To that end, it should also be noted that of Tracfone's existing 21 million paying customers, 13 million of them are already served by the piece of Verizon's network allocated to mobile virtual network operators. There is no major handoff hurdle, so to speak, to bring them into Verizon's service ecosystem. And all 21 million of those prepaid mobile customers represent an opportunity to convert them into more profitable (and more reliable) postpaid users.