Shares of Nano-X Imaging (NASDAQ:NNOX) had rocketed 250% from their IPO price through the close of trading last week. But the shares tumbled 23% yesterday after Citron Research issued a savage short report on the company, accusing the Israeli X-ray machine maker of being little more than "a stock promotion" and predicting the shares will go to $0.

Today, the selling-off started again early, as Nano-X stock fell a further 9%, then reversed course, recovered all their losses, jumped 16% higher, and then finally gave back some of their gains. As of 11:45 a.m. EDT, these yo-yoing stock movements have left Nano-X shares trading 5.5% above yesterday's close. 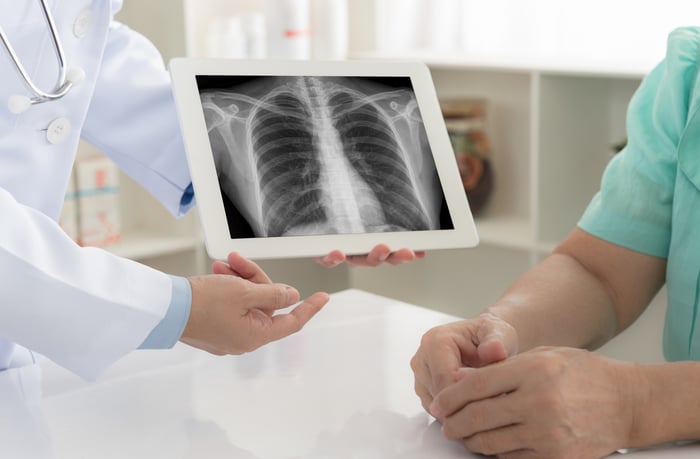 No mystery here: Nano-X stock fell this morning because it takes time for a stock to reverse course once it's started the kind of downward momentum we saw yesterday. But the stock did rebound eventually as investors learned that Nano-X management is disputing Citron's findings.

In a terse rebuttal this morning, Nano-X blamed Citron exclusively for "the unusual trading activities in its ordinary shares" yesterday (i.e. there was no other bad news happening at the company, just the report itself). And Nano-X went a bit further, arguing that Citron's report "contains factual errors and misleading speculations" and is "completely without merit."

Granted, as rebuttals go, this one was a bit long on absolutes and a bit short on specifics, but Nano-X management promised to "provide additional information on the allegations" after "carefully reviewing the report."

Where the stock goes from here will largely depend on whether Nano-X can put together a reasoned explanation for why Citron is wrong. It probably wouldn't hurt, either, if Nano-X could unveil a functioning CT scanner -- like the one Citron says it doesn't have.

Why Nano-X Stock Dropped 9%, Bounced Back 25%, and Is Still Up 5.5% Today @themotleyfool #stocks $NNOX Next Article
Current