Microsoft (NASDAQ:MSFT) launched its xCloud streaming service on Sept. 15, but the streaming-based delivery platform is currently only available on Android platforms. xCloud, which allows users to play high-end video games through streaming, hasn't launched on Apple's (NASDAQ:AAPL) iOS phones and tablets due to App Store policies. But Microsoft isn't giving up.

Phil Spencer, the head of Microsoft's Xbox gaming division, said Monday that the company remains committed to bringing its game-streaming app to iOS devices. Apple currently does not allow apps that stream large libraries of games on its mobile platforms, but Spencer indicated that there are ongoing discussions between the companies about bringing xCloud to the App Store. 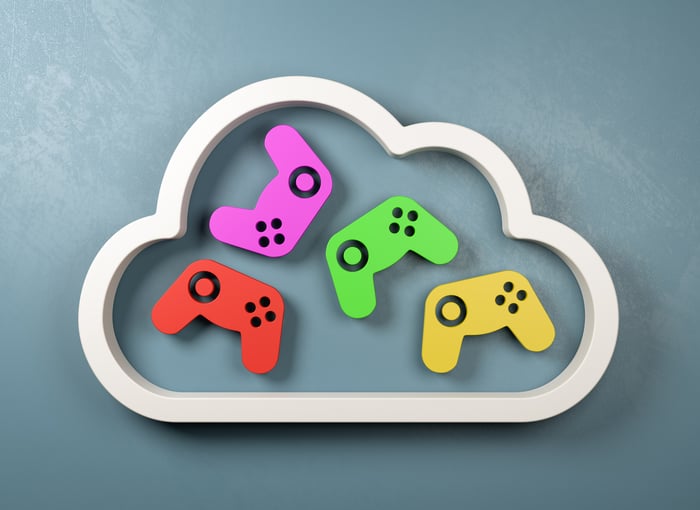 Why Microsoft and Apple might not be on the same page

Microsoft will release a new generation of Xbox hardware on Nov. 10, but the company is also making a big push to expand its gaming business across PC and mobile platforms. Streaming-based distribution for games is still very young, but it will likely be a core component of the company's long-term strategy in interactive entertainment.

While far more mobile devices around the globe use the Android operating system, iOS users spend much more on apps and services. Apple has generally tried to retain stricter control of apps on its mobile platforms than Google (a division of Alphabet (NASDAQ:GOOG)(NASDAQ:GOOGL) has on Android, and it has incentives not to embrace xCloud.

Streaming apps with large libraries and relatively low prices could reduce gaming-based App Store revenue by providing an all-in-one service that dissuades users from other purchases. Apple also launched its own subscription gaming service, Apple Arcade, last year. While users currently download titles in order to access them, the company might eventually want to launch its own streaming service.