After Roku blocked Peacock, NBCUniversal is pulling channels off the platform. Here's why Roku customers and investors look like losers in the standoff.

Editor's note (Sept. 21, 2020): After this article was filed Friday afternoon, Comcast and Roku reached an agreement to allow Peacock to stream on Roku. In a joint statement, both companies said Peacock is now available, but it may take a few weeks to allow for technical integrations before streaming is fully ready.  As part of the agreement, NBCUniversal’s TV Everywhere apps will also remain on Roku. Though financial terms of the deal were not made public, Variety reported that some NBC content will also be added to the free, ad-supported Roku Channel.

The deal seemed to indicate that Comcast’s gambit of pulling its TV Everywhere channels worked in forcing a deal, and Roku investors cheered the news as they see it as a clear win for the company, filling an important hole. Roku is still at odds with HBO MAX, while Peacock has yet to sign a deal with Amazon Fire TV, which could give Roku a slight edge over its rival.

After Roku blocked the NBCUniversal streaming service from its platform when it launched July, Comcast is now striking back against the leading streaming platform. Roku notified customers Friday morning that Comcast plans to pull all 46 of its TV Everywhere channels this weekend as Comcast seeks to squeeze Roku for banning Peacock from its platform. TV Everywhere refers to traditional pay-TV channels that are available to subscribers through streaming platforms like Roku.

In its message to its customers, Roku took a number of shots at Comcast, noting that the NBCUniversal "TV Everywhere apps represent a very small percentage of total streaming hours on the platform." Roku also pointed out that a number of TV Everywhere users are Comcast subscribers, adding, "This is deeply disappointing and the wrong way to treat subscribers," and accused Comcast of removing the channels to "force Roku to distribute its new Peacock service on unreasonable terms." 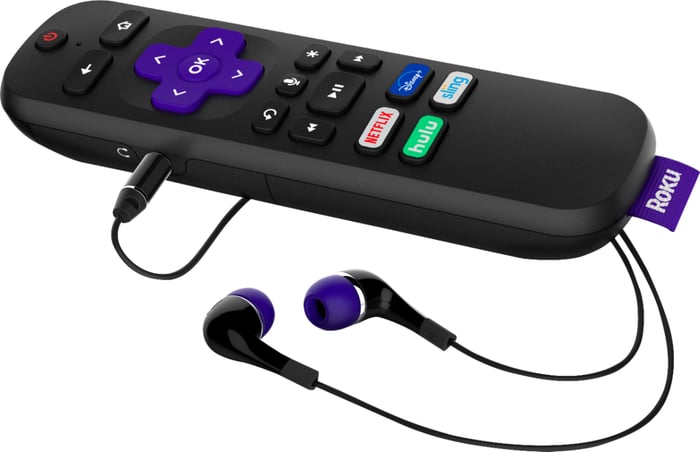 Roku was the first mover in streaming devices, becoming the industry leader by making it easy for viewers to watch services Netflix, Hulu, and Disney+. According to eMarketer, Roku users now make up nearly half of connected TV users in the U.S.

That leadership and the rapid growth of streaming has made Roku a big winner on the stock market, but it's also emboldened the company in its negotiations with Peacock, which launched nationally on July 15, and AT&T's (T 0.16%) HBO Max, which debuted at the end of May, and is also unavailable to Roku customers. Both services have also been blocked by Amazon (AMZN -0.77%) Fire TV, the second most popular streaming platform.

Disputes over control of the ad inventory seem to be at the heart of the conflict between Roku and Peacock. Roku typically asks streaming partners for 30% of their ad inventory, but Peacock plans to air no more than five minutes of ad for each hour, making inventory sharing more difficult, especially since the service is free with ads. Back in July, Roku told The Hollywood Reporter: "We want to bring Peacock to our large customer base of avid streamers and know it would benefit greatly from the scale and content marketing capabilities available with distribution on our platform. Unfortunately, Comcast is trying to launch a primarily ad-supported business while refusing to share in the ad model with platform partners."

Based on Comcast's latest decision to pull its TV Everywhere channels, the negotiations have not progressed more than two months after Peacock's launch. In fact, that move seems to show that the impasse between the two companies has only widened.

Roku's stock actually rose in the first half of July on reports of the dispute with Peacock as investors interpreted it as a sign of its leverage, but that seems like the wrong takeaway here. Roku's current status as the streaming platform leader can certainly change, and it's only as strong as the network of stakeholders supporting it, which include, most importantly, customers and content providers. As the leader, it should benefit from network effects as content providers naturally want to be on the platform with the most users, and Roku should be able to extract better terms than it would if it had a smaller audience.

However, that advantage breaks down when its demands are too steep to get high-profile services like HBO Max and Peacock to sign up. The company may be overplaying its hand here, and a number of its customers are frustrated at not having access to the apps, especially Peacock, which is free.

Roku's own community page is full of complaints about Peacock's absence. One poster said:

I spent a lot of money on Roku TV and Roku sticks and boxes just to be blocked from using new streaming apps. I can't afford to change over now. But be advised that I have purchased my last Roku anything. When my devices die, I will move on. Bye Roku.

Roku is also unique in this situation as it's a pure-play streaming platform, whereas at Amazon, AT&T, and Comcast, streaming makes up just a sliver of their overall business. At Roku, it's the whole enchilada, and that may give it less leverage than it thinks.

Here, Peacock might need Roku more than Roku needs Peacock, but ultimately Roku needs Comcast more than Comcast needs it, as Comcast's primary business is broadband internet. If Roku didn't feel vulnerable to Comcast's threat, then it have would simply ignore the cable provider's decision to pull its TV Everywhere stations. By sending a letter to its customers, Roku is trying to get them on its side in the dispute, but its customers seem to know better.

After all, losing content (and customers) is no way to win the streaming wars.