Is there any hope for shares of the beleaguered pot producer?

The past year has been a tough one for Aurora Cannabis (ACB -1.92%) shareholders, and it doesn't seem to be getting any easier. The popular marijuana company saw its stock tank after reporting fiscal fourth-quarter earnings recently, and it's down by around 91% over the past 12 months.

Now that this company's market value has fallen to a fraction of its former size, Aurora Cannabis looks a lot more attractive to bargain bin shoppers. Can Aurora find a way to quit losing money and execute a comeback before its stock price tanks again? Let's weigh out some reasons to expect a comeback against reasons to avoid the stock. 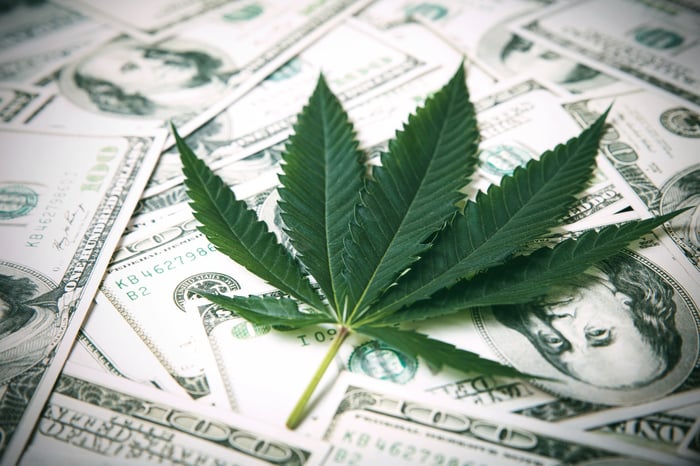 During Aurora's fiscal fourth quarter, which ended on June 30, cannabis sales continued their long slide downward. The company reported CA$72 million in total net revenue, which was 5% lower than during the previous three month period and a startling 27% lower than the previous-year period.

It doesn't look as if the revenue losses are going to subside soon, either. During the present quarter, Aurora expects net revenue to land somewhere between $60 million and $64 million.

Revenue isn't the only line item that has fallen since the company's present CEO, Miguel Martin, joined the company four months ago. Costs of cannabis sold fell to just 50% of cannabis-related revenue, before fair value adjustments, from 43% during the previous quarter.

Aurora Cannabis reported increased profitability despite a big shift toward low-cost Daily Special, the company's value segment brand. The Daily Special brand produced a surprising 62% of recreational flower sales during the company's fiscal fourth quarter, up from 35% in the previous quarter.

Aurora Cannabis is also running a much leaner ship with sales, general, and administrative (SG&A) expenses that fell 14% from the previous quarter to $67.6 million. This allowed adjusted earnings before interest, taxes, depreciation, and amortization (EBITDA) to improve from a loss of $50.4 million in the fiscal third quarter to a loss of just $30.7 million in the fiscal fourth quarter. 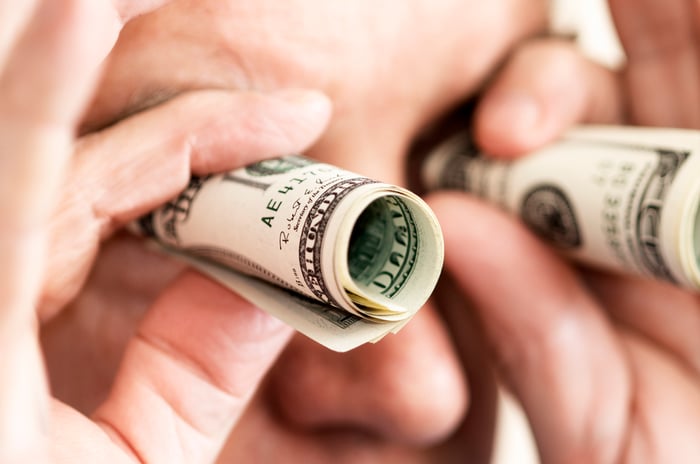 Aurora's value brand is popular now, but the company isn't going to chase market share at the expense of profits anymore. Instead, Aurora wants to focus on premium brands that drive higher profit margins. To this end, the company will dial back production from a rate of 44,000 kilograms reported in the fiscal fourth quarter, to an average of around 35,000 kilograms per quarter for the foreseeable future.

Aurora's long-overdue focus on profitability instead of racing competitors to the bottom to gain market share is a step in the right direction, and there's a chance we'll see modest profits from Aurora in the fiscal first quarter, which ends on Sept. 30, 2020. The company has already made good on its promise to bring quarterly SG&A expenses down to the low CAD$40 million range.

Aurora Cannabis finished fiscal 2020 with CAD$162 million in cash after losing a staggering CAD$3.3 billion during the 12-month period ended June 30. Market shares for different categories of cannabis products can change quickly, but positive cash flows ahead mean investors probably don't have to worry about another dilutive share offering down the road.

Now that Aurora Cannabis' market cap has plunged from a peak above $10 billion to just $568 million at recent prices, it might seem like a terrific bargain but it's probably best to wait for another quarterly report or two to be sure new cost-cutting measures can truly stop this company from bleeding money.